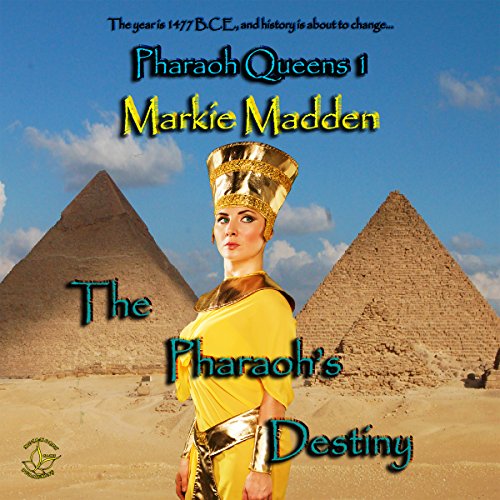 Hatshepsut, the great king’s wife, is thrust into a world of intrigue and politics when her husband, Pharaoh Thutmose, dies suddenly, leaving Egypt with an heir who is barely two years old. The Queen must step into the role of leader, and there are few whom she can trust.

When Hatshepsut is crowned as Pharaoh, she grooms her daughter, Neferure, to take the place of heir, rather than Thutmose’s infant son from another woman. Neferure, though young, is still older than the boy who should by all rights be king.

The future of Egypt rests in the hands of a single woman, the most powerful woman in the ancient world. Can Pharaoh Hatshepsut’s people accept her unorthodox reign and her plans to usurp the men’s place as rulers of a Kingdom, decreeing that only women are suitable leaders?