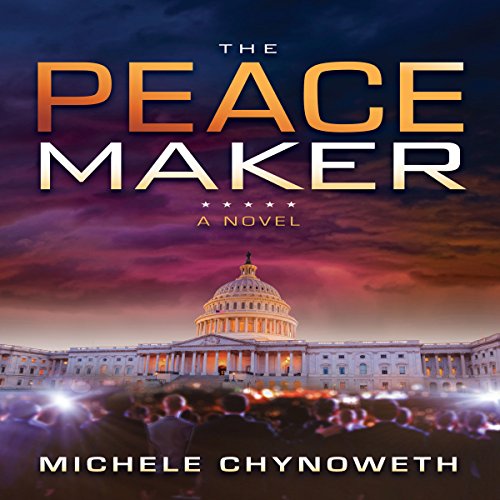 By: Michele Chynoweth
Narrated by: Elli Raven
Try for $0.00

Chessa's husband, Darren Richards, is a behind-the-scenes narcissistic abusive alcoholic. None of that changes when he becomes the leading candidate for president of the United States. Chessa's worries about her husband reach a fevered pitch as he closes in on winning the nation's highest office. How can she support his candidacy, even if it will mean becoming first lady? Meanwhile Darren's opponent, Leif Mitchell, is selected from his humble life as a stable hand and country rock singer to run for political office. His charm and leadership pave the way for him to become a national hero and a real threat as the leading Republican presidential candidate. A powerful Darren will stop at nothing to bring Leif down, causing Leif to reconsider his high road approach to politics. When Chessa finds out Leif is preparing to seek revenge on Darren in an attack that not only will destroy her husband's candidacy but will probably cost innocent lives as well, she is suddenly faced with a decision: Should she preserve peace at all costs, protecting those who would become collateral damage as a result of the ensuing battle and in turn sacrificing her freedom and risking her own life? Should she try to stop Leif, which may ruin his chances but save his soul? The Peace Maker is based on the story of David and Abigail in the Bible's first book of Samuel, a story of hardship, struggle, courage, and faith that God will lead his people if they but let him.

What listeners say about The Peace Maker

If you could sum up The Peace Maker in three words, what would they be?

That is difficult. Both Leif and Chessa are my favorite characters equally. Leif has a strong and easy character that has integrity and someone you know will do the right thing. The kind of person we want to be. Chessa is similar in that she has to become strong to overcome the control of her husband and his family by doing the right thing and trust God. Both are peacemakers.

If you could take any character from The Peace Maker out to dinner, who would it be and why?

Again, both Leif and Chessa. Both are interwoven. I can relate to both characters. I know people that are just like Leif and Chessa. They "get" life, don't take themselves seriously and are fun to hang out with.

A perfect example of how God is always working behind the scenes on our behalf.

After I listened to the audio format I purchased the paperback for my library. A must have!!!