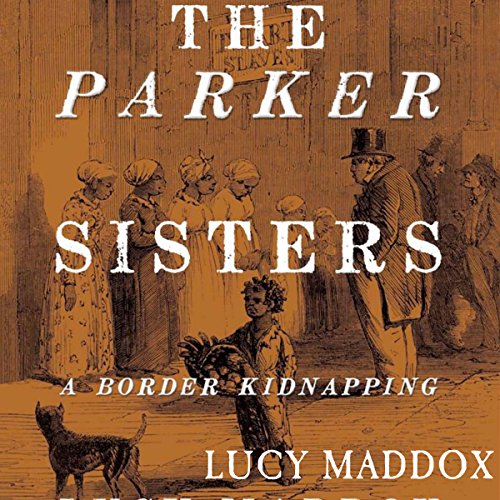 By: Lucy Maddox
Narrated by: Lia Frederick
Try for $0.00

In 1851, Elizabeth Parker, a free black child in Chester County, Pennsylvania, was bound and gagged, snatched from a local farm, and hurried off to a Baltimore slave pen. Two weeks later, her teenage sister, Rachel, was abducted from another Chester County farm. Because slave catchers could take fugitive slaves and free blacks across state lines to be sold, the border country of Pennsylvania/Maryland had become a dangerous place for most black people.

In The Parker Sisters, Lucy Maddox gives an eloquent, urgent account of the tragic kidnapping of these young women. Using archival news and courtroom reports, Maddox tells the larger story of the disastrous effect of the Fugitive Slave Act on the small farming communities of Chester County and the significant, widening consequences for the state and the nation.

The Parker Sisters is also a story about families whose lives and fates were deeply embedded in both the daily rounds of their community and the madness and violence consuming all of antebellum America. Maddox's account of this horrific and startling crime reveals the strength and vulnerability of the Parker sisters and the African American population.

"In this compact and engrossing story, Maddox...expertly contextualizes the Parker kidnappings, keeping her eye on the larger legal and political issues." ( Publishers Weekly)
"This book should be read by all who have an interest in freedom and civil rights." ( Library Journal)

What listeners say about The Parker Sisters