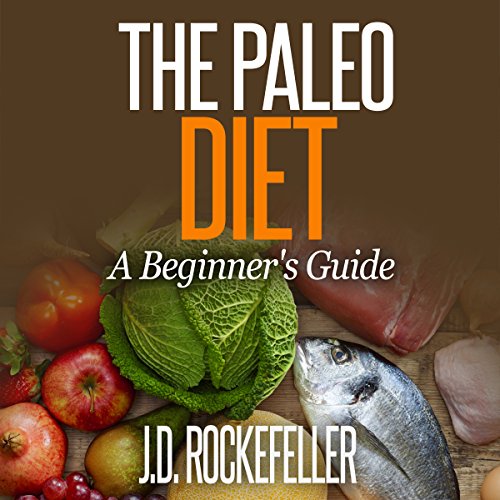 In 2013, the buzzword for people trying to lose weight was "paleo." The paleo diet was the most searched for diet on the web in the first week of January of that year. And, like most fads, it appears to have quietly slipped away into the night to be replaced by newer fads with equally short life spans.

But even though the paleo diet may not be hogging the spotlight anymore, it is still going strong as many people embrace the "caveman lifestyle." We'll take a closer look at what the paleo diet is and how it works in the next chapter. Before we get there, I'd like to take a moment to remind you that paleo is not for everyone.

There is no one diet that is perfect for every single person on the planet. If, after listening to this book, you decide that the paleo diet may not work for you, that's okay. Many people have had wonderful results by eating paleo. Other people have had equally great results from different diets. It's all about finding what works for you.

The paleo diet does have two big advantages that make it easy to follow. The first is that you don't have to count calories or keep a strict schedule. Whenever you get hungry, you eat until you feel full. The secret is that you are eating nutrient-dense foods that fill you up fast and make it almost impossible to overeat. At least, you are if you're not cheating. And that's the second advantage of the paleo diet.

There is no cheating. There is no strict list that tells you eat all of this and none of that. Yes, you should cut down on grains, but if you want to split a pizza with the gang, it won't kill you. The trick is to make a conscience decision to go off-paleo for one meal, or even one day. For example, if you go to a party knowing that it's going to be really hard to stick to your diet there, decide beforehand that you're going to eat what you want tonight and get back on track tomorrow. Making that choice ahead of time keeps you in control. So, let's get started!

Here is the quick and dirty on an eating plan suitable for most. This piece gives you the (un)common sense behind the plan, and a few simple recipes as examples. No hard sell here, just information for you to use as you choose.
Kathy Poelker has a clear, pleasant voice, well-enunciated yet engaged in her topic--a real plus!

this book has some good starting info but it was way too short for something you pay for. Granted it was not extremely expensive but