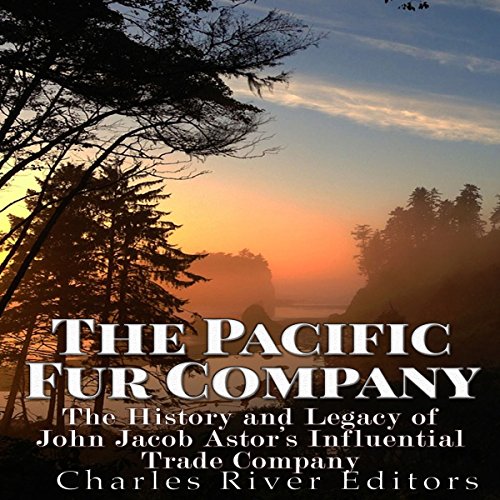 From the early 19th century, the image of an American empire extending to both coasts became a rallying cry. The Pacific Ocean represented, in Jefferson's mind, the most effective western border. His view was in part inaccurate, as he expected the Rocky Mountains to resemble the gentler Appalachians, not a range of American Alps.

Governing from the eastern seaboard, the two most effective methods of procuring wilderness lands in the west necessitated a campaign of exploration and the establishment of permanent trade entities located in strategic locations to discourage invasion and enhance internationalism. The first was accomplished by a two-year expedition from St. Louis to the Pacific Ocean under the leadership of Captain Meriwether Lewis and William Clark. From 1804 to 1806, the expedition gathered information on land and river routes to the western coast, with an eye toward trade and settlement. The party wintered at the mouth of the Columbia River, at what is now known as Fort Clatsop. The Corps of Discovery's report to Jefferson enumerated the difficulties in reaching the Pacific, but spoke glowingly of the land as a resource. Although the waterway to the west was not an unbroken route as hoped, Lewis and Clark suggested that furs and other non-fragile items could be transported across the continent at minimal cost, crossing the Rocky Mountains by pack horse, and continuing east on the Missouri River system. Through interaction with various indigenous tribes and by direct evidence, they further claimed that the western continent was an unowned country "richer in beaver than any other country on earth".

Not many Audiobooks on JJ Astor, this is all I could find. Interesting but wish it was longer.