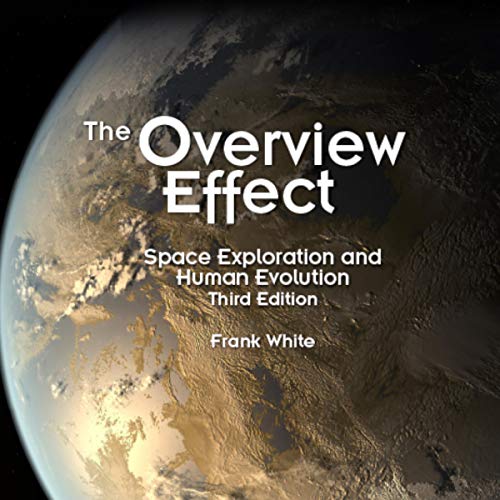 By: Frank White
Narrated by: Lawrence Tobias
Try for $0.00

"The Overview Effect is an important book in helping people see that your attitude does change when you see the Earth from the space perspective - an experience that seems to be an almost universal phenomenon." - Edgar Mitchell, Apollo 14 astronaut, founder of the Institute of Noetic Sciences, founding member of the Overview Institute

"Space travel needs a new birth, and if we can tap into the desire to go into space, incredible things can come from it." - Sir Richard Branson, founder of the Virgin Group, which includes Virgin Galactic

More than 30 years ago, Frank White coined the term "overview effect", to describe the cognitive shift in awareness that results from the experience of viewing Earth from orbit or the moon. He found, that with great consistency, this experience profoundly affects space travelers' worldviews - their perceptions of themselves and our planet and our understanding of the future. White found that astronauts know from direct experience what the rest of us know only intellectually: We live on a planet that is like a natural spaceship moving through the universe at a high rate of speed. We are, in fact, the crew of "Spaceship Earth", as Buckminster Fuller described our world.

What listeners say about The Overview Effect: Space Exploration and Human Evolution

At the core of why we should explore space

This book had a profound impact on the direction of my career in the space industry. With all of the astronaut interviews and Frank's thoughtful analysis of the meaning of it all, it helped me more clearly understand why we explore space in the first place. Skeptics, the curious, and the learned would all benefit by reading this book and it's look into the why and the future of space exploration.