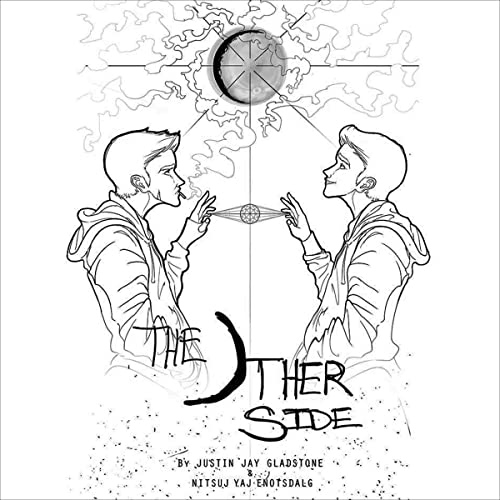 "If one thought created the universe, then who was the first to think?"

The Other Side is a mystery and fantasy novel that delves into a parallel world that almost completely reflects our own.

If people reflect us, then what could we say about our emotions? Is our sadness a result of their happiness?

Leon J. Granttley is a 17-year-old boy who was diagnosed with a rare mental disorder known as: dissociative identity disorder (DID for short).

He was forcibly enrolled in an institution known as the Earthshine Facility. Therapists help patients like him cope and adapt to their illness.

Despite his years of treatments...Leon's family and friends would hear his ongoing complaints about this devilish voice in his mind....

One that would taunt him....

One that would tease him....

This voice...would be so influential, that sometimes his choices would feel like they were not his own.

This reasoning makes the authorities in Leon's neighborhood believe that he is the person who assaulted a kind young girl by the name of Alllie Reincath.

Leon is the only one who believes that he did not harm this girl.

Find the truth of Leon's innocence, on The Other Side.

What listeners say about The Other Side