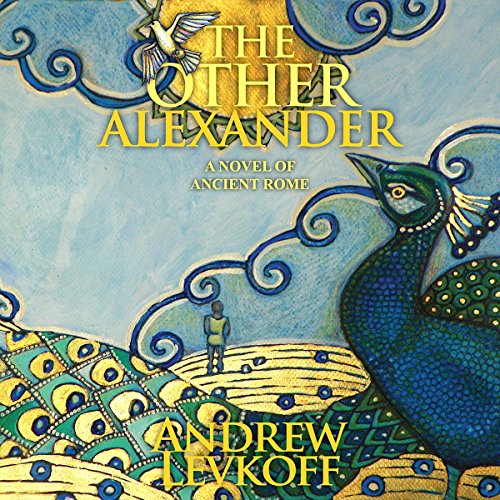 By: Andrew Levkoff
Narrated by: Andrew Randall
Try for $0.00

In the greatest, foulest city in the world, love, mayhem and betrayal await the slave Alexandros. Given as a gift to the richest man in Rome, he soon discovers that intrigue and murder stalk the house of his master. Alexandros can solve the crime, but if he does, the worst punishment may prove to be his own.

Alexandros is astute, well-educated and brimming with caustic wit, but he can't seem to remember the golden rule of slavery: Keep your head down and your mouth shut. No wonder more than one person in the house of Marcus Crassus wants to see this former Greek philosophy student dead. Through accident and intervention, Alexandros manages to survive, but is he willing to take the proffered hand of the one ally he wants desperately to despise - his owner? Every boon and advancement accepted from Crassus is an acknowledgment that his former life is gone. Yet how can he resist? Crassus is a good man, for a Roman.

At last, Alexandros realizes that accepting his condition is the only way to recoup the little freedom left him. He willingly opens his eyes to his new life...and immediately falls in love with Livia, a fellow servant he's never allowed himself to see. But romance for a slave is a fragile thing, especially when tragedy befalls the Crassus household in the guise of Gaius Julius Caesar and his insatiable ambition.

Alexandros has won the ear of Crassus, but can a slave keep a master of Rome from making a choice that could topple the foundations of an empire?

What listeners say about The Other Alexander

If you could sum up The Other Alexander in three words, what would they be?

What was one of the most memorable moments of The Other Alexander?

The rescue from the flames

Which character – as performed by Andrew Randall – was your favorite?

Who was the most memorable character of The Other Alexander and why?

Crassus; he is a man in charge and can be as brutal as needed, but still has compassion.

Hughely entertaining.It transports the listener to another world carefully created and thoroughly researched.

transformed to another time

good story that not only draws one in from the beginning but continues to build interest ... the author writes clever repartee

Would you listen to The Other Alexander again? Why?

I really enjoyed this book; the story, the characters and Levkoff's writing style. Alexander is a very interesting character with a wonderfully dry wit. It is a creative and entertaining piece of work and Andrew Randall is the perfect narrator for this book. So much so that his voice was with me when I read the second book, which unfortunately was not in audio.

Not an easy listen

Although the reader took some getting used to, eventually his unusual voice became less of a distraction.

There is plenty going on in this story about the fictional slave who helped run the household of the Roman politician and general Marcus Licinius Crassus and his wife Tertulla. All the big names in Roman history of this period (115-53 BCE) make an appearance including Sulla, Julius Caesar, and Pompey. There is an upstairs/downstairs story line going on.

But essentially this is an anti-slavery narrative. It condemns the Roman culture as debased and depraved. And much of the writing, far too much for my taste, involves humiliating one character or another in some unpleasant way. Still, it shows us in a very visceral way what life was like before human culture evolved to the point where human rights were protected by governments and laws. Of course, there is no guarantee that our current progress will last. So read this as a cautionary tale about giving too much power to the plutocrats and corporations which would like to control us as the ancients controlled their slave population.

If you already know a lot about this period, you might enjoy this original point of view. Or if you like an offbeat story. It is definitely worth a try.

I love books about this time frame in history. This book fulfills all of my criteria to make this a keeper and to actually reread and or listen again and again.

Hated this book & got both Kindle and Audible...Went to Kindle to try to return but there wasn't a place to do it. I guess sitting in my Library for 10 days was too long. I couldn't finish the book but to give it a benefit of a doubt others may like it. I really thought I would like it because I love history & historical fiction. I just can't put my finger on why I hated it.