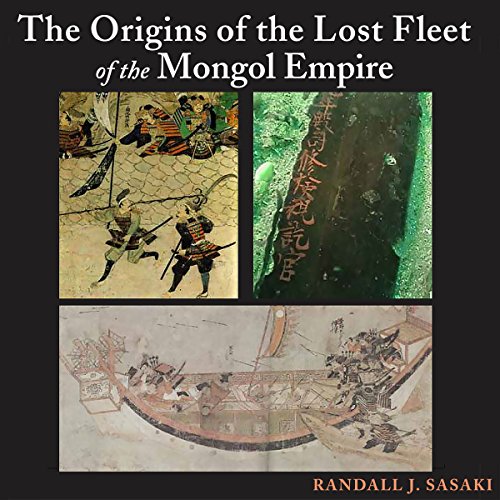 The Origins of the Lost Fleet of the Mongol Empire

By: Randall James Sasaki
Narrated by: Damian Salandy
Try for $0.00

In The Origins of the Lost Fleet of the Mongol Empire, Randall Sasaki provides a starting point for understanding the technology of the failed Mongol invasion of Japan in AD 1281 as well as the history of shipbuilding in East Asia. He has created a timber category database, analyzed methods of joinery, and studied contemporary approaches to shipbuilding in order to ascertain the origins and types of vessels that composed the Mongol fleet.

Although no conclusive statements can be made regarding the origins of the vessels, it appears that historical documents and archaeological evidence correspond well to each other, and that many of the remains analyzed were from smaller vessels built in China's Yangtze River Valley. Large, V-shaped cargo ships and the Korean vessels probably represent a small portion of the timbers raised at the Takashima shipwreck site.

The audiobook is published by Texas A&M University Press.

"An insightful, detailed forensic study of the lost fleet of Khubilai Khan." (James P. Delgado, author of Khubilai Khan's Lost Fleet: In Search of a Legendary Armada)
"Offers a window into the Mongol invasion fleet, including its origins, organization, and loss. For those into marine archaeology, it is a fascinating look at how research is done." ( Nautical Research Journal)