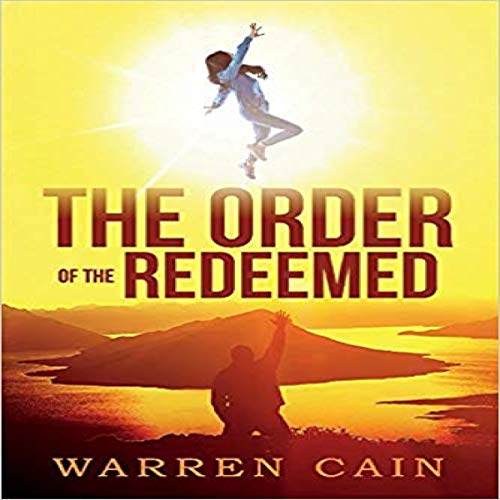 The Order of the Redeemed

By: Warren Cain
Narrated by: Alex Freeman
Try for $0.00

Kirk Murphy was burdened with guilt from a past mistake that took the life of his girlfriend Sarah. For years, he struggled with this burden, finding no relief from its grip. Kirk is invited to a small town in South Dakota to join a secret order that will start him on an amazing journey to discovering who he truly is and the redemption that has eluded him for so long.

Jeff McCarry is a ruthless businessman who does whatever he feels is necessary to keep his construction business on top. He decides to take extreme measures to fix a bid on a project that will keep his financially struggling business alive. The decision costs Mike Hollister, a rival bidder on the project, his job and ultimately his career in the construction field.

In his attempt to seek revenge, Mike takes Jeff hostage and eventually takes his life, sending Jeff through a near-death experience that transforms him into a key member of the Order of the Redeemed. The Order of the Redeemed is an organization that was founded in biblical times. Its sole mission is to redeem sinners and free the penitent from their guilt.

Join Kirk Murphy as the Order sends him on an amazing spiritual journey that strengthens his faith in the power of God and will allow him to live without the guilt that has plagued him for years. His mission with the Order is to save Kevin Lampkin, who is on a similar destructive path that caused Kirk years of guilt. If he is successful, it will allow him to find forgiveness and peace from within.

Kirk is also joined by Ron Truitt who is estranged by his family after drug addiction left him unsuitable to care for them. Ron is determined to complete the task the Order has for him with the hope of being freed from his guilt and to be reunited with his family.

What listeners say about The Order of the Redeemed

Order of the Redeemed

Two thumbs up! Compelling! Great job Warren Cain. Thank you for the audio version. Great for out latest NJ trip👏👏👏

you don't have to be spiritual to love this book. loved it. didn't wanna quit listening.