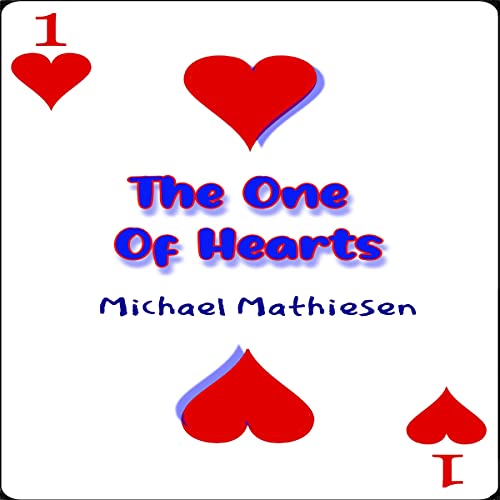 The One of Hearts

Several years ago, I was highly entertained watching an episode of the Jerry Seinfeld TV sitcom. You know the one about the Bizarro Universe? It's the one where everyone in Jerry's circle of friends suddenly took on the opposite of their regular personalities. Kramer was no longer brainless and cookoo. He was erudite and suave. Jerry was no longer debonair and sexy. He became more like Kramer. George, normally neurotic and anxious became learned, logical, and highly personable. Elaine, instead of the steady, confident, amusing one in the group, became haggard and silly and scary.

After that show aired, I think everyone in the world started to see similar things going on in their world that mirrored the way that events flipped themselves, and people reversed themselves in this first introduction to the Bizarro Universe. It's become kind of a standard way of explaining things that don't make sense in our lives.

But, more recently, I was playing cards with a bunch of friends and noticed for the first time that the packs of cards were all fresh and new, and all had the "1"'s missing. There was no "1" of spades, no "1" of clubs, no "1" of Diamonds and no "1" of hearts. There were no '1's. The actual full decks of all the playing cards in this universe don't contain any "1"s, and instead range from "2" to "10", and then there are the royals, and "Aces" holding more value than the rest.

I asked everyone at the table why there were no "1"'s in any of our decks and the answers were as goofy as they were varied. No one knew, really, so as soon as I got home, I googled it.

For some crazy reason that hasn't been rectified in two hundred years of card-playing, some lesser-known Queen in Europe somewhere declared a law that playing cards would be taxed and taxed so heavily, that people took the "1"'s out in protest and this became the norm for all future card decks. Something like that. It's vague. I could make no sense out of it. There's also something about stamps in this non-sensical explanation.

Whatever, the reason, certainly someone after two hundred years of paying these outrageous Card Taxes would change the rules so that the "1"'s could be recognized and put back in. But no one did because no one really noticed the difference. Think about that? In a rational universe, not this Bizarro one, this kind of blatant mistake would never happen in the first place, but if it did, it would have been rectified immediately.

There are too many other reasons that make me come to the conclusion that we're living in the Seinfeld "Bizarro" universe, and I reveal most of the biggest ones in this book. But events are not just Bizzare any more. It's actually the "Bad" universe we're living in - because events have gone way past Bizarre and are becoming extremely dangerous over here, even threatening to wipe us all out.

The good news is that I have figured out where the "Good Universe" resides, how it can be used to help us in this one the bad one, and it's so simple anyone can do it. It's like a good magic trick, no a great magic trick, no it's actually like the greatest of all magic tricks. At first, it mystifies us, but later after we learn how the master magician did it, we all want to do it and show off our skills to our friends.

But - listen carefully - my card-playing friends - because everyone must learn how to do it, learn quickly, and start doing it now. Time's running out.

What listeners say about The One of Hearts