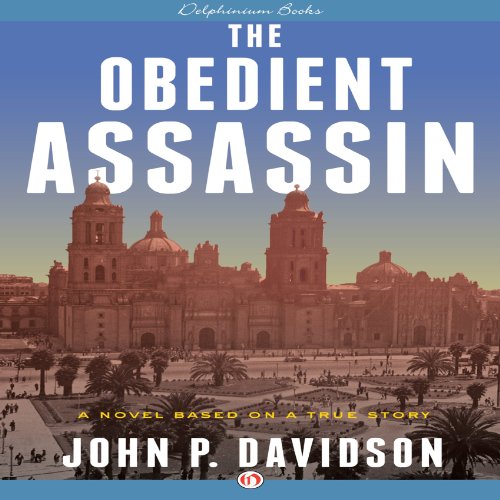 A Novel Based on a True Story
By: John P. Davidson
Narrated by: Stephen Hoye
Length: 9 hrs and 52 mins
Categories: Fiction, Historical
5 out of 5 stars 5.0 (1 rating)

A dark and riveting thriller that reimagines the life and mission of the Spanish nationalist enlisted to murder Leon Trotsky: Based on a true chapter of world history and ten years of research, here is the story of the real-life reluctant soldier and killer, Ramn Mercader—the obedient assassin.

Ramn Mercader was plucked from the front of the Spanish Civil War by the Soviets and conscripted to murder the great intellectual Leon Trotsky, a leader of the Bolshevik Revolution who was exiled in the 1920s for opposing Joseph Stalin.

As Ramn is trained for the task and assumes a new identity, he lives a lush life in Paris, befriending Frida Kahlo and other artists of the time. He falls in love with a left-leaning Jewish woman whom he is ordered to seduce as a means of getting at Trotsky.

From Barcelona to Paris and New York to Mexico City, the group controlling Ramn—including Ramn’s mother and her lover—guides the assassin on the inevitable resolution of his grim task as he must penetrate Trotsky’s compound.