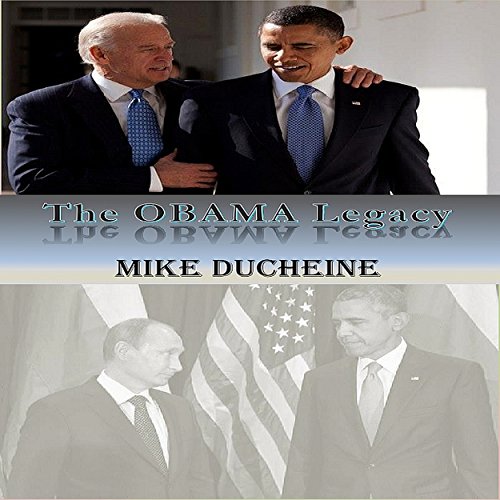 By: Mike Ducheine
Narrated by: Kevin Theis
Free with a 30-day trial

Obama's presidency has suffered the fiercest opposition any administration has had and yet Mr. Obama has managed to lead the country to financial recovery, end the senseless war in Iraq, implement universal healthcare, put an end to Iran's nuclear ambitions and re-open diplomatic relations with Cuba all the while remaking US standing in the world. But Republicans believe he is the worst president the country has had. This book outlines the major successes and failures of his presidency

The Obama presidency has been marked by a number of events which might make it difficult for people outside the United States and his opponents in the country to understand the impact his administration has had in the country and across the globe.

To address this problem, this book provides a glimpse at what Obama has accomplished or failed to accomplish during his two-term presidency. The book does not however claim to provide a complete history of Obama's presidency; it does not claim to even provide a full listof the topics which are discussed herein.

This book is simply an attempt to present a snippet of his accomplishments in the face of relentless misinformation and fake news. So, without fluff or partisanship, the book looks into Obama presidency through the lenses of history.

What listeners say about The Obama Legacy