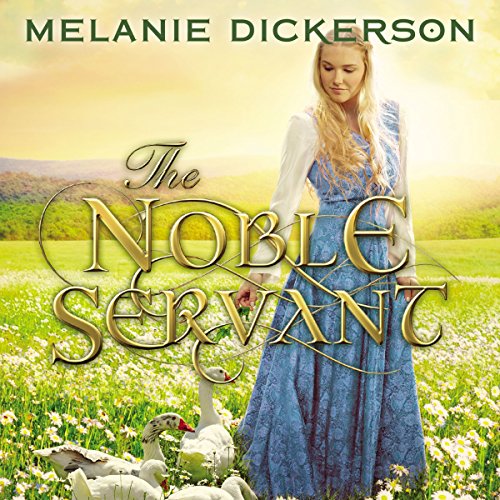 By: Melanie Dickerson
Narrated by: Jude Mason
Try for $0.00

She lost everything to the scheme of an evil servant.

But she might just gain what she's always wanted...

if she makes it in time.

The impossible was happening. She, Magdalen of Mallin, was to marry the Duke of Wolfberg. Magdalen had dreamed about receiving a proposal ever since she met the duke two years ago. Such a marriage was the only way she could save her people from starvation. But why would a handsome, wealthy duke want to marry her, a poor baron's daughter? It seemed too good to be true.

On the journey to Wolfberg Castle, Magdalen's servant forces her to trade places and become her servant, threatening not only Magdalen's life but the lives of those she holds dear. Stripped of her identity and title in Wolfberg, where no one knows her, Magdalen is sentenced to tend geese while she watches her former handmaiden gain all Magdalen had ever dreamed of.

When a handsome shepherd befriends her, Magdalen begins to suspect he carries secrets of his own. Together, Magdalen and the shepherd uncover a sinister plot against Wolfberg and the duke. But with no resources, will they be able to find the answers, the hiding places, and the forces they need in time to save both Mallin and Wolfberg?

What listeners say about The Noble Servant

Very good story! The narrator did a wonderful job of making me feel all the emotion of the characters. This is a sit on the edge of your seat kind of book in many places.

can't ever help but to gasp and tear up during all of Melanie's stories.....absolutely love all of her books

I am a huge Melanie D fan but this one? Not my favorite. I felt like half the book was her refreshing everyone's mind over and over. As a binge reader, that took a lot of the fun out of the story.

It's been a while since I enjoyed a nice clean romance as much. I would have given this story all five stars had it not been for the heavy religious take over of the book and constant quotes from the Bible which started halfway and continued non stop to the end. It's one thing to have a hint of religion in books but another to have it be completely saturated with it. I liked the narration as well especially since the speed at which she performed was perfectly suited to the length of the story.

This was a good clean romance set back in time. Full of mystery and romance.

I feel as I didn't know exactly what was goi to happen. Lots of good twists and turns.