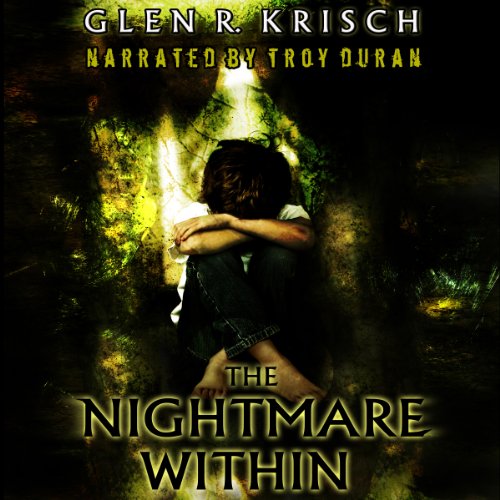 Maury has the power to pull dreams into the waking world, giving the dreams corporeal form. These dream-people range from seemingly human figures, to monstrous beasts compelled by the most primal urges. Once exposed to the real world, the dreams evolve, adapting to their surroundings. Maury is gathering dreams for display at Lucidity, the soon-to-open Museum of Dreams. From a boy named Kevin, he removes Mr. Freakshow, a nightmare feeding on the trauma of Kevin having recently witnessed his father's murder.

Mr. Freakshow knows the rules that govern the dreams:

At first Maury seeks out Mr. Freakshow in order to stop him, only to realize there is only one way to accomplish this; he must find Kevin first, killing him before the nightmare has its way.

What listeners say about The Nightmare Within

I listen to a lot audiobooks and this was the best one I've listen to since Dr. sleep by Stephen King you will enjoy it from beginning to end

This was an entertaining story. A unique take on dreams. This story makes dreams of Freddy Kruger seem tame.

The story itself was satisfactory. The premise is interesting--extracting dreams from their dreamers and giving them reality. Good buildup of tension ad suspense.

Would you be willing to try another book from Glen Krisch? Why or why not?

Not without a preview to see if he has cleared up his problems with correct usage of words.

Which character – as performed by Troy Duran – was your favorite?

Do you think The Nightmare Within needs a follow-up book? Why or why not?

No, the story is complete, and the characters have finished their story arc.

My only beef was that Krish has a serious problem with language. He frequently uses words incorrectly. For example, "entail" for "recount." as in, "He entailed the events he had just experienced."
Or "His hands scrambled up the wall." Hands can't scramble. A person can scramble.
Or "Feelings bandied about in his mind."
Lots of things like that where the word doesn't quite fit. Straining a little too hard for colorful and interesting language.

Troy Duran did an excellent job narrating this book. His performance was fantastic, perfectly paced with excellent use of tones and differing voices. (4/5 stars)

The story, however, was a little lacking. Don't get me wrong, the concepts are unreal. The characters are developed well. It isn't too slow or too fast. It's just not quite there...

There are times where Krisch has included graphic violence and language without it actually adding anything to the story... To the point of it feeling out of place... I couldn't help but think its sole purpose was to stand out and be "cool" for some of the readers who fit the "high-school" demographic.

This detracted from the overall story for me... I'm the polar opposite of prude, if anything I am crude... but a classy kind of crude. Also, I have zero tolerance for trying too hard.

So, in summary - this story is built upon intriguing concepts with some great character development and a solid pace. It just tries a bit hard in a few spots, which took it from a three star story to a two star story.

Finally, I wouldn't class it as a "horror". For want of a better vocabulary to describe it, I would say that while it has supernatural concepts, it is more a thriller than a horror.