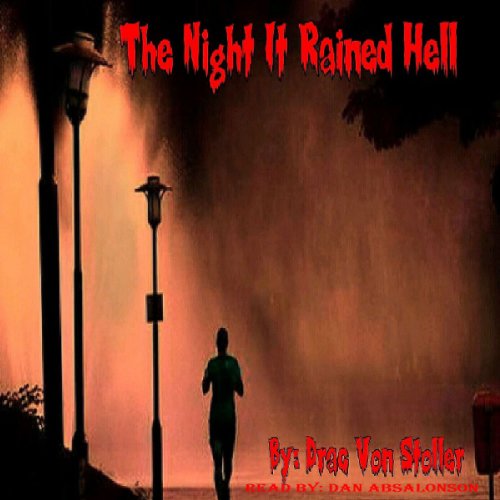 The Night It Rained Hell

The Night It Rained Hell

The night finally arrived and all the people of the Earth thought they were going to a better place, but they were dead wrong. The sky was bloodred then out of nowhere came loud thunder followed by blinding white lightning. People dropped to their knees in the streets crying at what should have been tears of joy, but instead were tears of sorrow. Not only did the beautiful sky turn a blood red, but their bodies were aging rapidly, and their bones were becoming brittle because the rain that was pouring down from the sky was bright red with some unknown substance causing every human that came in contact with it to age, and when they started to cry their tears turned to acid so they had to hold back their tears or suffer severe burns to their skin. All through the streets were people wailing in pain looking for comfort, but there was none, only death was their way out.