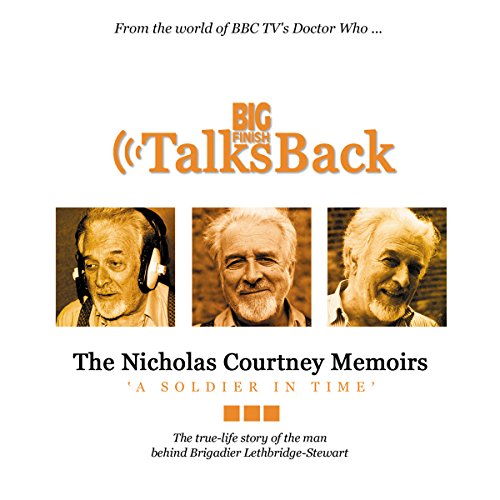 The Nicholas Courtney Memoirs - A Soldier in Time

Nicholas Courtney, the man behind Brigadier Alistair Gordon Lethbridge-Stewart, remembers his time on Doctor Who, from The Web of Fear to Battlefield - and beyond!

He's seen off Daleks, Cybermen and Yeti. He's witnessed Giant Robots running amok, met himself in the future and saved the world from the life-devouring Destroyer. He is, of course, Brigadier Lethbridge-Stewart, alias actor Nicholas Courtney.

After five decades of acting alongside far more than just the eight television Doctors (nothing compared to the likes of Frankie Howerd, Donald Wolfit and Michael Winner), this is his story. His personal recollections of his life on and off the stage, read to you by that most gentlemanly of gentlemen, Nicholas Courtney....

A wonderful warm view of an actors life.

Listening to The wondeful tones of Nicholas Courtney telling the story of his life and his involvement with Dr Who has been a joy to listen to.