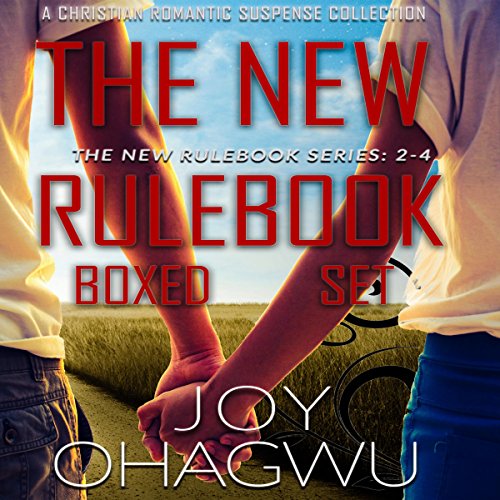 Orphaned. Hunted. Framed for murder. And on the run. Who is Ruby Masters?

The New Rulebook framed Ruby Masters for murder after a routine delivery turned deadly, leading to a manhunt. Her biggest obstacle? She had no idea about her pursuer's identity. Her best friend from childhood, Police Officer Robert Towers, came to her rescue, only for things to get complicated when he announced his conversion to Christ while their hearts got entangled. Snowy Peaks, a besieged town with its mayor held hostage, asked for their help. But Ruby and Robert needed to unravel the tangled web over their hearts first. With their relationship becoming closer, so did the mysterious enemy after them. Unknown to them, their journey is just beginning.

Included in this boxed set:

What listeners say about The New Rulebook Series