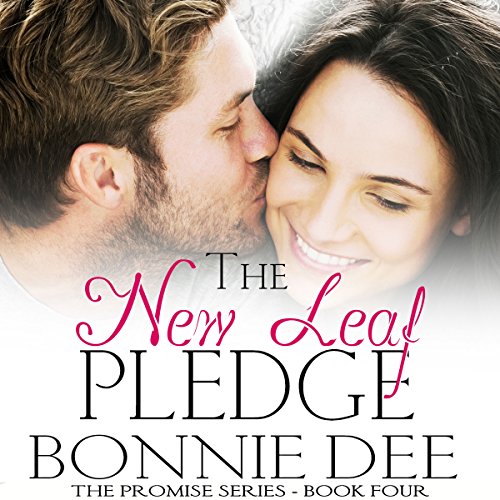 By: Bonnie Dee
Narrated by: Natasha Soudek
Try for $0.00

Adya Parish has drifted through life for too long and vows to take back control, not relying on any man to take care of her. Her pledge to become more self-reliant requires time spent alone - not with the sweet man, his adorable daughter, and crazy dog that careen into her life. But with one chance meeting in the park, Adya begins to find the family she has always longed for. It will take real strength of will to refuse to fall for them and continue to stand on her own two feet for the first time in her life.

What listeners say about The New Leaf Pledge

Would you consider the audio edition of The New Leaf Pledge to be better than the print version?

I went straight to the audio version of the book, so I can't say which is better. I do know that I enjoyed listening to the audio edition. The narrator was good.

My favorite character was Penny, the preteen daughter. She had such an engaging personality, and she was wise beyond her eleven years.

Have you listened to any of Natasha Soudek’s other performances before? How does this one compare?

I don't recall ever having listened to this narrator before listening to this audio. I do know that I will be looking for other audio books in which she is the narrator. She's good.

I was particularly moved by the scene in which the three main characters were drawing pictures of one another. Each one was able to look at the person being drawn and see beyond the outer surface into the inner person and express what was seen by drawing it. The heroine and the daughter were good artists, so their drawings were quite good. However, even though Penny's father was lacking in artistic skills, even he was able to capture some of the inner qualities of his stepdaughter.

The male character is a widower and the custodial stepfather to a preteen girl. He is a hunk and an all-around good guy. The daughter is intellectually and artistically gifted. She also has a lovable, open, big-hearted personality. There is a family pet--a large, playful dog. The heroine has just taken steps to move away from a lifestyle of depending on being supported and controlled by wealthy men. It is at this point in her life that she meets the hero, his daughter, and their dog. I am an avid fan of the romance genre. I have become accustomed to certain tried and true events taking place in these books. Not so in this book. I kept waiting and waiting for the usual events to occur. There were times when I almost decided to give up on the book and move on to something else. However, something kept me going on with the book. I could feel that something deeper was being conveyed beyond the usual predictable romantic events. For me, this audio book was well worth the listen. The romance developed in a subtle but interesting manner. I had to be patient and move along with the author's development of the heroine's character growth. If you're looking for a succession of hot, steamy sex scenes and dangerous encounters, this is not the book for you. If you are willing to try a romance book that is sweet, deep, and different, then please give this book a chance. The author is new to me, but I'd now like to explore other books in this series. I liked the narrator. She was good. I was willing to try this audio because I subscribe to the Romance Package and had nothing to lose by making this selection. I'm giving this audio 4 stars because it was different and it kept me listening, even though there were times when I almost moved on to something else. I'm glad I stayed with it.