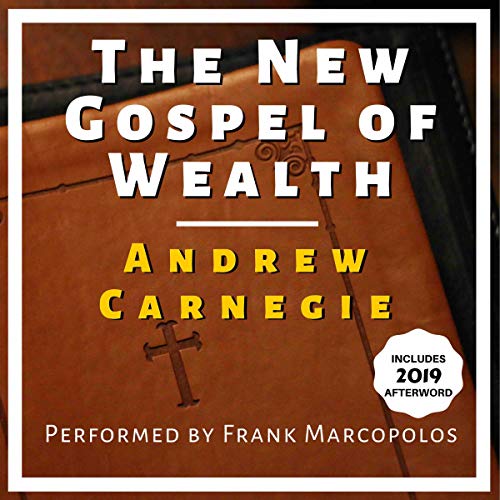 This is the classic work on the best ways to distribute surplus wealth throughout the community, by American businessman Andrew Carnegie, with a 2019 afterword to address issues that have arisen since Mr. Carnegie's time.

Andrew Carnegie (1835-1919) was a Scottish American industrialist, business magnate, and philanthropist. Carnegie's most prominent business was the expansion of the American steel industry. Carnegie Mellon University (Pittsburgh), Carnegie Hall (New York City), the Carnegie Hero Fund, and Carnegie "units" (university credit hours) are just some of what remains today of his immense legacy in American and world history.

What listeners say about The New Gospel of Wealth: Includes 2019 Afterword

The great ideas in this book are so encouraging and yet at the same time while reading it in 2019 it is sad to see how far we have strayed from how the wealthy use to consider the public well being.