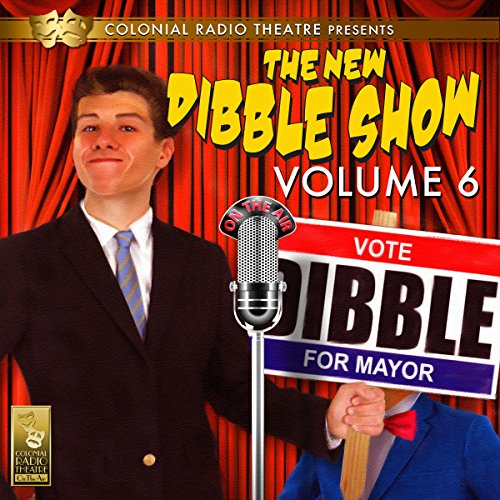 By: Jerry Robbins
Narrated by: Dibble and the Mayham Players
Length: 2 hrs and 21 mins
Categories: Radio & TV, Entertainment
5 out of 5 stars 4.8 (4 ratings)

By: Jerry Robbins
Narrated by: Dibble and the Mayham Players

Join Dibble and the gang from Mayham for lots of laughs in volume six of this long-running comedy series.

"Cinderdibble" Dibble baby sits six-year-old Samantha and tells her the story of Cinderella.

"Reelection" Dibble decides to run for Mayor of Mayham.

"The Campaign Managers" The gloves are off when Jake becomes Dibble's campaign manager, and Penelope Parsnip becomes Mayor Keating's.

"Stumping in Mayham" Dibble is promising everything to everyone.

"The Great Debate" Dibble debates the mayor in front of the entire town, with Jake's "help."

"Election Day" The big day arrives, and the votes are counted.