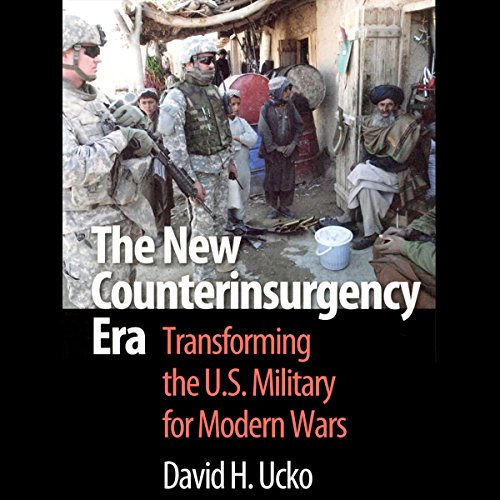 Confronting insurgent violence in Iraq and Afghanistan, the U.S. military has recognized the need to "learn" counterinsurgency. But how has the Department of Defense with its mixed efforts responded to this new strategic environment? Has it learned anything from past failures

In The New Counterinsurgency Era, David Ucko examines DoD's institutional obstacles and initially slow response to a changing strategic reality. Ucko also suggests how the military can better prepare for the unique challenges of modern warfare, where it is charged with everything from providing security to supporting reconstruction to establishing basic governance - all while stabilizing conquered territory and engaging with local populations. After briefly surveying the history of American counterinsurgency operations, Ucko focuses on measures the military has taken since 2001 to relearn old lessons about counterinsurgency, to improve its ability to conduct stability operations, to change the institutional bias against counterinsurgency, and to account for successes gained from the learning process.

Given the effectiveness of insurgent tactics, the frequency of operations aimed at building local capacity, and the danger of ungoverned spaces acting as havens for hostile groups, the military must acquire new skills to confront irregular threats in future wars. Ucko clearly shows that the opportunity to come to grips with counterinsurgency is matched in magnitude only by the cost of failing to do so.

The book is published by Georgetown University Press.

"It is an invaluable resource for anyone who wants to understand the halting, ambivalent and, as Ucko wisely notes, quite reversible evolution of the US military." ( Survival)
"In compiling the developments of this latest chapter in the US military's doctrinal history, Ucko provides a useful and timely analysis." ( International Affairs)
"This is hot-off-the-press history, an essential look at how the Pentagon has-and has not-changed in response to the Iraq war." (Thomas E. Ricks, author of Fiasco and The Gamble: General David Petraeus and the American Military Adventure in Iraq, 2006-08)