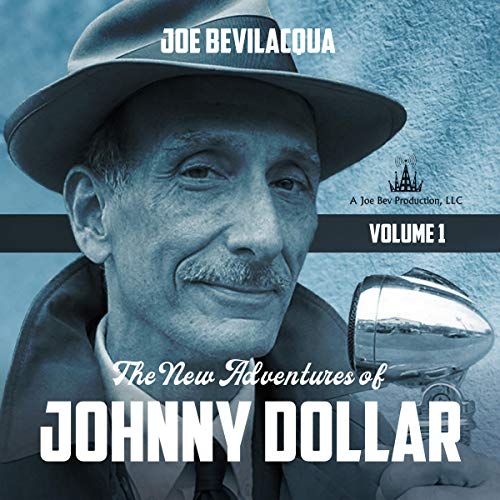 The best-known incarnation was with Bob Bailey starring in "the transcribed adventures of the man with the action-packed expense account-America's fabulous freelance insurance investigator." There were 809 episodes, plus two not-for-broadcast auditions, in the 12-year run, and more than 720 still exist today out of 886 total performances.

Plus sample chapters of upcoming Joe Bev Productions, including new episodes of The Lone Ranger, Sherlock Holmes, and The Green Lama.

What listeners say about The New Adventures of Johnny Dollar: Volume 1