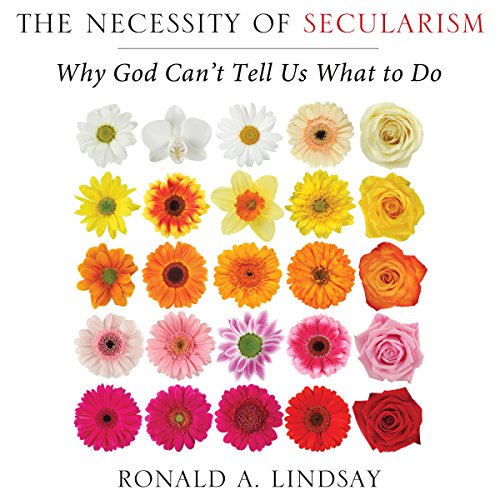 The Necessity of Secularism

For the first time in human history, a significant percentage of the world's population no longer believes in God. This is especially true in developed nations, where in some societies nonbelievers now outnumber believers. Unless religion collapses completely, or undergoes a remarkable resurgence, countries across the globe must learn to carefully and effectively manage this societal mix of religious and irreligious. For in a world already deeply riven by sectarian conflict, this unprecedented demographic shift presents yet another challenge to humanity. Writing in an engaging, accessible style, philosopher and lawyer Ronald A. Lindsay develops a tightly crafted argument for secularism - specifically, that in a religiously pluralistic society, a robust, thoroughgoing secularism is the only reliable means of preserving meaningful democracy and rights of conscience. Contrary to certain political pundits and religious leaders who commonly employ the term secularism as a scare word, Lindsay uses clear, concrete examples and jargon-free language to demonstrate that secularism is the only way to ensure equal respect and protection under the law - for believers and nonbelievers alike. Although critical of some aspects of religion, Lindsay neither presents an antireligious tirade nor seeks to convert anyone to nonbelief, reminding us that secularism and atheism are not synonymous. Rather, he shows how secularism works to everyone's benefit and makes the definitive case that the secular model should be feared by none - and embraced by all.

What listeners say about The Necessity of Secularism