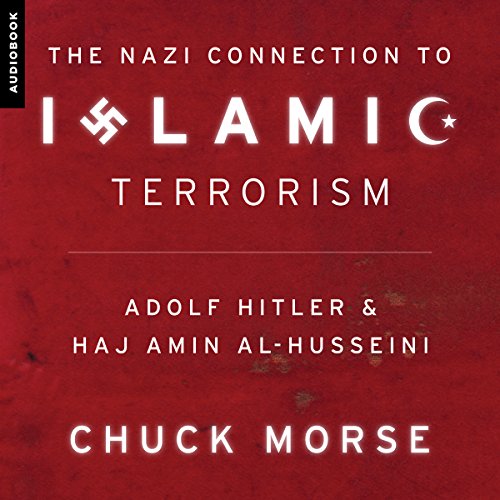 This is the remarkable story of Haj Amin al-Husseini who was, in many ways, as big a Nazi villain as Hitler himself. To understand his influence on the Middle East is to understand the ongoing genocidal program against the Jews of Israel. Al-Husseini was a bridge figure in terms of transporting the Nazi genocide in Europe into the post-war Middle East. As the leader of Arab Palestine during the British Mandate period, al-Husseini introduced violence against moderate Arabs as well as against Jews. Al-Husseini met with Adolf Eichmann in Palestine in 1937 and subsequently went on the Nazi payroll as a Nazi agent. Al-Husseini played a pivotal behind-the-scenes role in instigating a pro-Nazi coup in Iraq in 1941 as he urged Nazis and pro-Nazi governments in Europe to transport Jews to death camps, trained pro-Nazi Bosnian brigades, and funneled Nazi loot into pro-war Arab countries.

Important Look at the History Behind the Problem

Yes, it details the history behind the conflict between Israel and the Middle East and the rise of terrorism. It is told in a very interesting way--a cross between history and story.

I like the reminders of historical events and the way the author brings historical characters to life. The detailing of the relationship between Amin al-Husseni and Hitler is both enlightening and fascinating. The writer, Mark Twain's description of Palestine before Jewish settlers immigrated to the area is eye-opening. The idea that Hitler could be considered the founder of the Palestinian movement was well-supported and explains a lot in regard to Hillary Clinton and her history with the PLO. The balance with which the story is told and author's respect for both viewpoints is admirable.

The only negative to this book is that it gets repetitive in places. Overall it is a fascinating listen and well worth the time.

Which character – as performed by Locust & Honey Publications – was your favorite?

I am a fan of the narrator. This is his best work yet. This is a non-fiction book so the characters are real. I liked Emir Faisal as illustrated in his letters. I liked the his recognition that Palestine was home of the Jews I like his part in the Faisal-Weizmann agreement. I also really like Weizmann and his role in the above agreement in his negotiations in the Balfour Declaration.

It was eye-opening. It exposes the relationship between Nazi and Middle Eastern terrorist ideologies. It gave me hope and a better understanding of how these ideologies can be thwarted. It shows that at one point these countries got along much better than they currently do.

Polarized and propagandist, but full of information

The book clearly has a lot of interesting information. But it is written in a very polarized way. Had it presented the information in a more neutral way, I would have recommended it to several people.

The narrator has its hood periods, but overdramatizes quotations. And the music is just annoying.