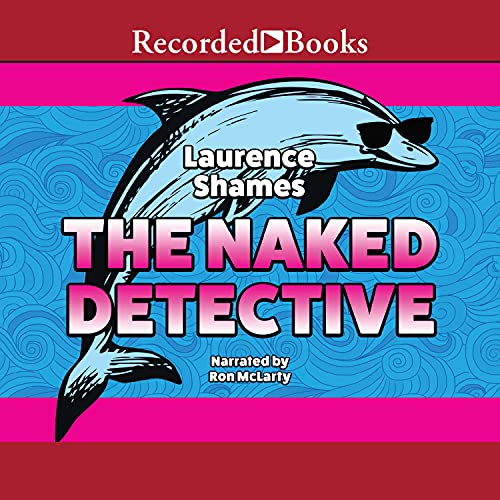 By: Laurence Shames
Narrated by: Ron McLarty
Try for $0.00

Popular crime novelist Laurence Shames consistently draws favorable comparisons to Elmore Leonard and Carl Hiaasen. In his Key West tales, Shames paints vivid, hilarious portraits of the sun-splashed “paradise” he calls home. The retired Pete Amsterdam isn’t really a private investigator. But he has a license, a gun, and a listing in the phone book—all so he can write-off his wine cellar as an “office.” While soaking in his hot tub and rethinking his earlier tennis match, the inevitable blonde in distress comes calling, and Pete is reluctantly pulled into his first case. Feeling trapped by the conventions of detective stories, Pete stumbles his way through the Key West crime scene, hardly realizing the danger he’s in. The Naked Detective is vintage Shames—full of the biting wit, absurd scenarios, and quirky characters that recall his earlier works, such as Scavenger Reef and Mangrove Squeeze. Ron McLarty’s narration captures the off-beat, colorful island and its inhabitants and brings them fully to life.

What listeners say about The Naked Detective

This is Shames's last book in the Key West series, and he shoulda quit while he was ahead. The protagonist, Pete Amsterdam, is a reluctant detective, a reluctant lover, and generally a reluctant human being. He plays tennis with the most obnoxious character Shames has ever created. There are a couple of deaths, of course, but the solving of these crimes is slow and lugubrious. Shames just seems to have run out of steam. There is absolutely no humor or wit in the entire book. Shames's fans will be sorely disappointed, as his prior ability to create truly funny people and amusing situations has vanished. In its place is a vacuum, not to be too harsh about it. Certainly there is some good writing. The love affair between Pete and Maggie is tender and halting. Way too halting. There is a truly unbelievable so-called nymphomaniac. There is highly improbable digging in the ground, which Shames has described many times as hard coral, which fills up with liquid whenever you dig in it. There is a nifty funeral in which the dead man is hauled up about five stories into a family crypt, because you really can't bury a dead body in solid coral. Still, we are used to so much more from this writer. Don't go for it.

I thought it might be funny the way it started out but it turned out to be tedious and predictable.

What could Laurence Shames have done to make this a more enjoyable book for you?

Wouldn't dream of telling a successful author what I think, He doesn't need me and doesn't care.

Do you think The Naked Detective needs a follow-up book? Why or why not?