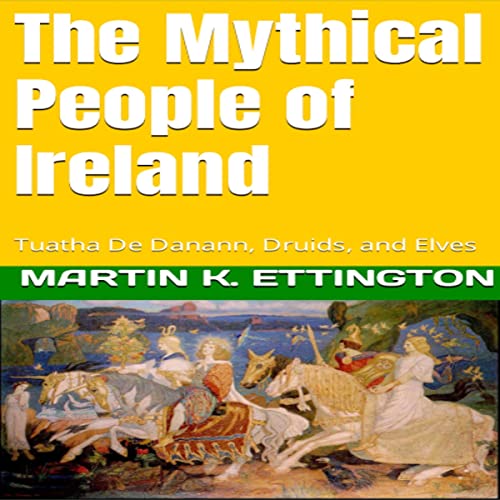 The Mythical People of Ireland

The ancient history of Ireland involves many mysterious beings who may have been aliens or had come from another dimension called “the Otherworld”.

This book examines the history of mythical people in Ireland such as the Tuatha Da Danann, the gods of these peoples, and their descendants.

The fairies include the leprechauns - there being several different types - and the druids, who may also be descended from these ancient peoples.

What is the history of fairies and druids? Did they really exist? There are stories about all of these beings who may have all been interrelated.

Information on “the Otherworld” is also included. It is supposed to be a realm where these beings all originated and can return to. Some humans have visited and returned, also.

I’ve also collected some stories about possible modern encounters with these beings. They may still exist in our modern world.

What listeners say about The Mythical People of Ireland