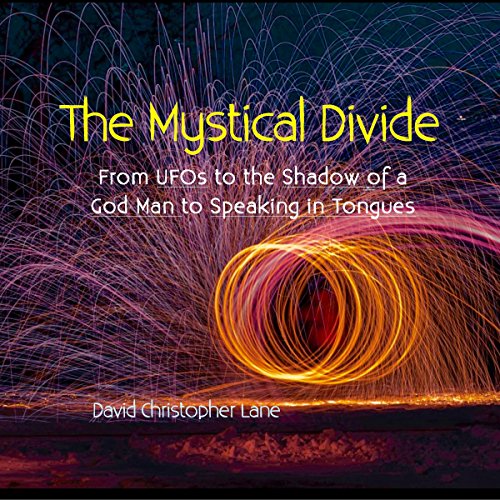 By: David Christopher Lane
Narrated by: Ian Kingsley
Try for $0.00

This book provides a critical overview of such subjects as mysticism, speaking in tongues, John-Roger Hinkins and MSIA, Sathya Sai Baba, astrology, near-death experiences, and UFOs. Previously published under the title The Mystical.

Excerpt: There is a mystical dimension that runs through all aspects of life. Eventually every human endeavor directly encounters an impenetrable mystery where knowledge turns into ignorance and control into wonder. Indeed, no matter how much science or technology may advance, the essential mystery of life will never change. The reason why is simple: Reality is always greater than our conceptions of it.

Thus, contrary to our popular notions of mysticism, genuine spiritual practice is not concerned with increasing knowledge, per se, but rather reconciling man with his fundamental state of absolute ignorance. We are born into a mystery; we live in a mystery; and we die in a mystery.

Although we may learn about things, achieving various levels of technical proficiency, we apparently can never know what a single thing is. For instance, what is a circle? What is a thought? What is a self? The essence of everything eludes us because our perceptions are always limited. As the late Baba Faqir Chand, the great sage of Hoshiarpur, once told me personally, "Nature is unfathomable. No one has ever been able to know it completely. No one has known it. A small germ in a body cannot know the whole body. Similarly (a) human being is like a small germ in a vast Creation. How can he claim to have known the entire Creation. Those who say that they have known are wrong. No one can describe or even know the entire Creation. It is indescribable."

What listeners say about The Mystical Divide

This book seeks to debunk every mysterious thing that's going on in the world nowadays, & explain it scientifically. It succeeds in some cases, & in other cases it doesn't. However, the complex terms & processes that one has to follow hardly makes it worth reading. For example, the 3 different ways one might THINK they perceive a UFO or extraterrestrial are Translation, Transformation, or Transfusion. However, it's just a complicated scientific way of explaining how the person never actually saw a UFO, & it was all just in their head. Same goes for near-death experiences & other stuff. I'm most impressed, however, that the author himself had the experience of speaking in tongues at a Christian prayer meeting a long time ago, & wrote about it in this book. It amazes me that a professor would be willing to come out of the closet & describe the experience as something significant, even though TODAY he doesn't know whether there's a God or not. I also liked the chapter about the Guru in India who was thought to be divine, but was proven to be a perv, & a clever illusionist. However, the reader of the book does indeed repeat a few pages of the book.