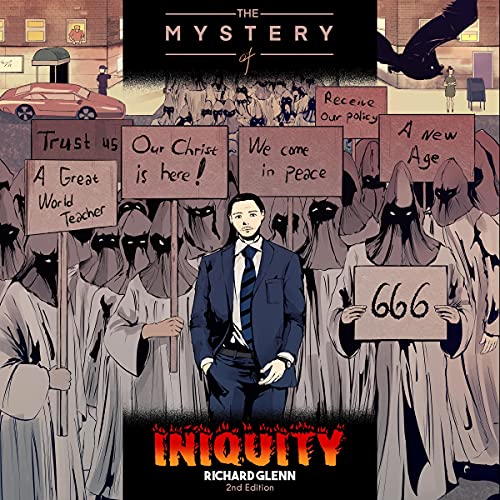 The Mystery of Iniquity: 2nd Edition

By: Richard Glenn
Narrated by: J. Wesley Price
Try for $0.00

People of the planet Earth, beware! For somewhere in the dark shadows of this world lurks an extremely sinister man. This man will be more diabolical than any world dictator known to mankind who will soon step forth to rule the world as predicted by the Hebrew prophets of old.

Richard Glenn is the author and beloved teacher of many classic books including the first edition The Mystery of Iniquity where he explained the hidden secrets of Revelation and Daniel describing the end-time apocalyptic events on the horizon.

In his first edition written nearly 30 years ago, Richard Glenn extensively warned that the turbulent times in which we lived were ripe for the Antichrist’s sudden appearance on the world stage. Several of his technology predictions have now become part of everyday society in advanced countries around the world and positions us closer to the end than most people believe. Glenn suggests that everyone, both religious and nonreligious, should be aware and soundly informed that this man of sin and his many associates are already secretly at work in the world and plotting to use today’s technology and advancements to capture and seize millions of people around the world to fulfil the Prophet Daniel, Jeremiah, and Apostle John’s prophecies of the largest worldwide massacre in world history.

In The Mystery of Iniquity: 2nd Edition, Richard Glenn provides insight and unravels the following topics:

A must-have, electrifying, and stirring audiobook, The Mystery of Iniquity: 2nd Edition will show you how to be protected and have total victory over the turbulent times ahead and bring you to a closer walk with God.

What listeners say about The Mystery of Iniquity: 2nd Edition