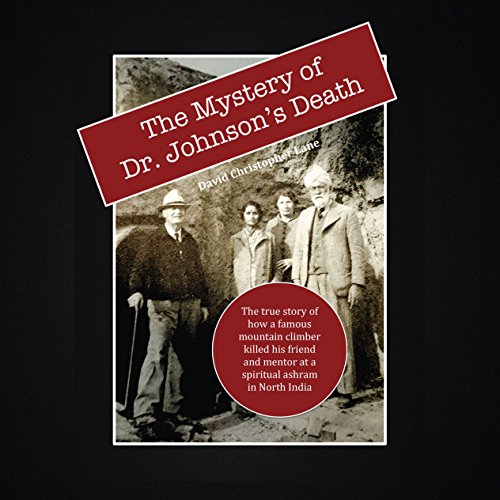 The Mystery of Dr. Johnson's Death

The true story of how famed K2 mountain climber Paul Petzoldt killed his friend and mentor, Dr. Julian P. Johnson at a spiritual ashram in India. Explores the controversy surrounding what happened on that fateful night on January 25, 1939, and the spiritual scandal that ensued in the Punjab. The tragedy haunted Paul Petzoldt for the rest of his life since there were dark rumors about him being a murderer and not being allowed back to India. However, this book unravels the mystery behind Dr. Johnson's death and corrects many misconceptions that have evolved over the years. It also touches upon how Paul Petzoldt, using an ancient yogic technique, had the most profound, mystical experience of his life - something he regarded as greater than any drug or mountain climbing experience. It is a complicated story with a Rashomon character, with each side seeing something different in what transpired.

What listeners say about The Mystery of Dr. Johnson's Death

Good book. I really enjoyed the story and the narration is great! I could listen to him read the encyclopedia! I recommend to others looking for a short murder mystery.

what was the source of the letter sent by J. Johnson saying Jesus was only from the first realm.

story has some flaws.

too many hidden facts and lack of spiritual knowledge makes this story sound bad.

although the first half of story was excellent.