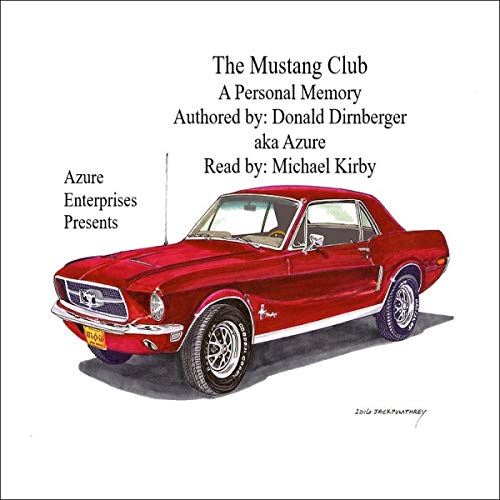 By: Donald aka Azure Dirnberger
Narrated by: Michael Kirby
Try for $0.00

Each young boy who grows into manhood has several rites of passage among them are his first encounter with the opposite sex, his first kiss, his first date, his first job, and his first paycheck. But most of all he remembers his first car that he bought with his own money. It is this rite that will be his most cherished memory in time. For as the days pass the women in his life will and go. Some staying longer than others. Some only a brief interlude along the shores of the sands. Others will remain lifelong companions. Only a few will be the true friends they claim to be. Most will grow in ways never thought possible as a teenager. But the one true love that will remain untarnished is the keys to his first car. Perhaps his first true and only love.

What listeners say about The Mustang Club