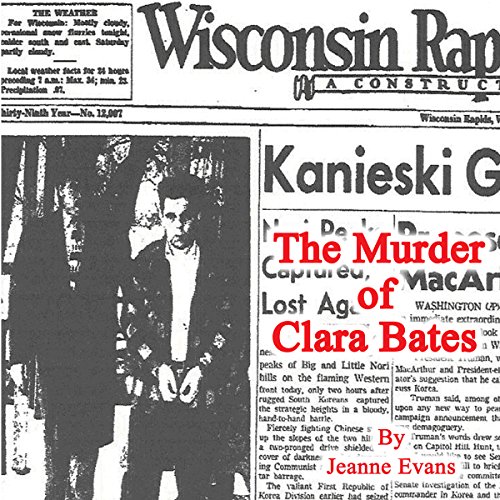 The Murder of Clara Bates

The Murder of Clara Bates

By: Jeanne Evans
Narrated by: Ann M. Thompson
Free with a 30-day trial

Monsters fascinate us. We cringe and say how could anyone do this, but we are fascinated and can't look away. The Murder of Clara Bates is a true story. The facts contained in this book have been taken from police and court records, the newspaper accounts of the murder of Clara Bates and the public records of those involved. In some cases, license was taken to recreate dialogue between those involved and some names have been changed to protect the privacy of the innocent. Wherever possible the conversations between characters are taken from actual statements attributed to participants. This is as accurate a representation of the investigation and prosecution of Edward Kanieski in the murder of Clara Bates as can be told for a case that happened so long ago.

What listeners say about The Murder of Clara Bates