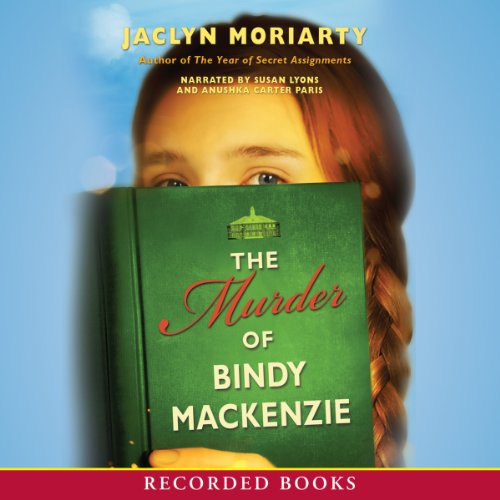 The Murder of Bindy Mackenzie

Best-selling author Jaclyn Moriarty follows her critically acclaimed novels The Ghosts of Ashbury High and The Year of Secret Assignments with this fun tale. Told imaginatively through school assignments and diary entries, The Murder of Bindy Mackenzie is sure to appeal to young listeners who love a good mystery. Some people find Bindy Mackenzie’s perfectionist personality a bit irritating, but would anyone really want her dead?

What listeners say about The Murder of Bindy Mackenzie

Very slow start but makes it to a great ending

What made the experience of listening to The Murder of Bindy Mackenzie the most enjoyable?

I found it hard to start with. A bit disjoined and difficult to like. That eventually worked in the end because you eventually start to care about Bindy… well the rest of what I would say would be spoilers so I say an enjoyable listen with an interest capturing ending.

What was one of the most memorable moments of The Murder of Bindy Mackenzie?

The moment you figure out that there is more going on in this story than you realized at first.

Which character – as performed by Susan Lyons and Anushka Carter Paris – was your favorite?

I loved the voice for Bindy but I enjoyed the reading of the other characters done with a different voice. It really helped keep the ending suspenseful and believable.

Can't tell it would spoil the story for the next Listener.