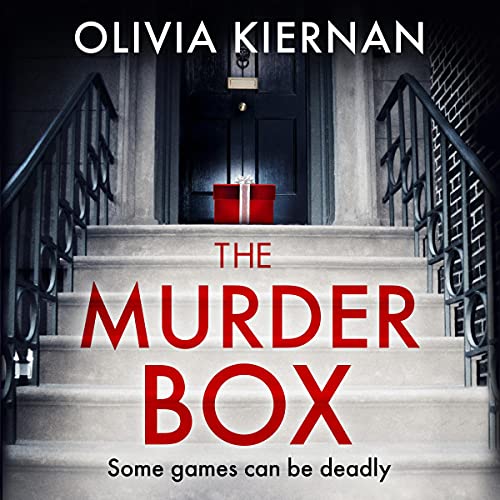 By: Olivia Kiernan
Narrated by: Shelley Atkinson
Try for $0.00

Some games can be deadly.

At first, Detective Chief Superintendent Frankie Sheehan believes the murder mystery game sent to her office is a birthday gift from one of her colleagues. But when Frankie studies the game's contents, she notices a striking resemblance between the 'murder victim' and missing 22-year-old Lydia Callin.

As Frankie and her team investigate, a series of grisly crimes connected to the game are discovered across Dublin city and Lydia's involvement with a shadowy network of murder mystery players becomes clear.

On the hunt for Lydia's murderer, Frankie is drawn more deeply into the game. Every successful move brings her closer to the killer. But the real question is not what happens should she lose - but what happens if she wins.

What listeners say about The Murder Box

UPDATE!
I have just finished book 2 and started Book 3 and the timeline isn't in sync with the order listed.

This happens a lot on audible and I hate listening to a series out of the correct order. If that isn't an issue for you, then please carry on, otherwise the real order to listen is Book 2, Book 3, Book 1.
I would definitely recommend listening in order to get the full benefit of the main characters and their back story.

I saw this advertised last night, bought it and have just finished listening.

I was drawn to this book, loved the story line, I think anyone who enjoys this genre will understand the draw of being " an armchair detective". Part of the thrill of a book like this is trying to work out the who, the what, the where and the when and the whole idea of a book about a murder box being central to the story line is very clever.

The story takes a little while to get going but when it does it ramps up the tension right to the end and what an ending it is. There are more twists and wrong turns than a drunken crowd at a Ceilidh. I honestly never seen it coming.

It's a 5 star book with 1 star deducted from the narrator, who unfortunately has a limited character range of her beautiful natural voice to varying levels of squeaky. Dont let that put you off though, its a fab book xx

I listened to it all in one day it was so addicting I couldn’t stop listening!!!

I really enjoyed this book.Great twist and kept me interested right to the end.It is annoying the amount of he said/she said used but apart from that its a great read with no waffling just straight to the story and moves at a great pace.

Pretty good in my view

Olivia is a good author I could have asked for a better narrator she was not so crash hot.
Liked the story and the protagonist was terrific.