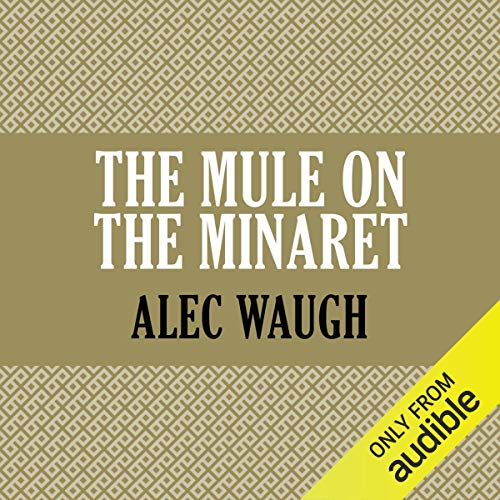 The Mule on the Minaret

The Mule on the Minaret

Based on the author's own experience as an officer in the British Intelligence and packed with the most closely observed detail of the people, places and costumes of the Levant, The Mule on the Minaret is a long, colourful, fascinating story of wartime intelligence centred on Beirut and Baghdad.

It is the story, primarily, of Noel Reid, a professor of History and Philosophy, (married, but not very happily) who is posted in 1941 to the Intelligence unit operating in the Lebanon. Here, he joins forces with Nigel Farrar, boss of MI5 in Beirut, and is soon involved in complex plans to suborn hand-picked Lebanese for service in the Allied cause, mainly to relay misleading information to the Germans in Istanbul. Woven into this complex business is also the story of his turbulent affair with Diana, a young woman who works for Farrar.

The whole of Noel Reid's wartime adventures are seen in retrospect as he revisits the scene seventeen years later and meets again both Farrar and Diana. For them, the war has brought a new, completely satisfying life; for himself he can at least say: “It is not difficult to live contentedly once you have realized that there is such a thing in the world as happiness, even though you have lost it, and know that you will never get it.”

Alec Waugh, 1898-1981, was a British novelist born in London and educated at Sherborne Public School, Dorset. Waugh’s first novel, The Loom of Youth (1917), is a semi-autobiographical account of public school life that caused some controversy at the time and led to his expulsion. Waugh was the only boy ever to be expelled from The Old Shirburnian Society.

Despite setting this record, Waugh went on to become the successful author of over 50 works, and lived in many exotic places throughout his life which later became the settings for some of his texts. He was also a noted wine connoisseur and campaigned to make the cocktail party a regular feature of 1920s social life.

What did you love best about The Mule on the Minaret?

It caught me in a way a good book should catch you.
I enjoyed it thoroughly.
The reader is perfect.