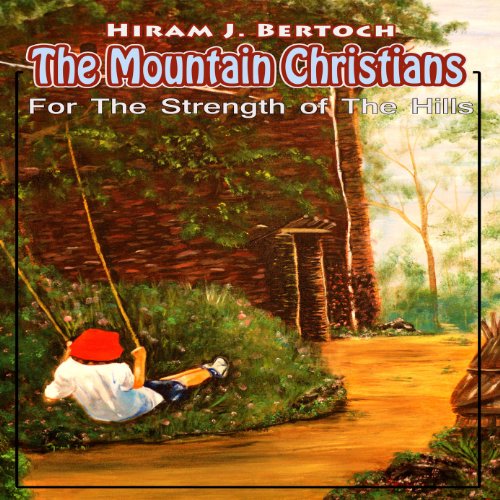 The Mountain Christians: An LDS Novel

By: Hiram J. Bertoch
Narrated by: Rebecca Vail
Try for $0.00

Ten year old James is amused by the Mormon preachers who visit his mountain homeland. A small community that lay protected from outsiders by towering Alpine mountains. The strength of these mountains has allowed James' people to thrive for centuries in the face of terrible persecution from outsiders. Now James' family faces a new and unexpected threat. One that many in the community fear will be more dangerous than anything that has come before. Mormon Missionaries have come to their mountain.

Critics Agree: Listen to the book that critics are calling "engaging", "hard to put down", and "a fresh perspective on an old genre". Based on a true story, The Mountain Christians is the LDS Novel that explores a young man's difficulties in coming to terms with the faith of his fathers, his pastors, and the teachings of strange American preachers. The Mountain Christians: By Hiram J. Bertoch is available online, or wherever LDS Books are sold.
©2012 Hiram J. Bertoch (P)2013 Hiram J. Bertoch
Historical Christianity
Show more Show less

What listeners say about The Mountain Christians: An LDS Novel

Original Christian - From the Mission of Lorenzo Snow

I truly enjoyed this novel, a story of the Christians who lived the the tops of the Alps, eking out survival in tough circumstances that they might keep the their religion, begun in the days of Jesus Christ, pure. Written from the perspective of the youngest member of one mountain family. Well worth the read.

If you could sum up The Mountain Christians: An LDS Novel in three words, what would they be?

It helped open my understanding of what the new converts to the church went through. It wasn't a true story which I didn't figure out until the end but it was well done.

What was one of the most memorable moments of The Mountain Christians: An LDS Novel?

The character of the father was the most memorable because I've known people like that but its rare.

What aspect of Rebecca Vail’s performance would you have changed?

I finished a few books by Katherine Kelgrin and it's hard to listen to anyone else because she is amazing so I didn't find RV's story telling near the performance of KK. Not RV's fault but KK is a tough act to follow.

I wanted it to end.

it was a good story, it just dragged on forever and when it finally ended, it was not the end. I wanted to find out the rest of the story, but maybe in less words.

I loved this book. However the end was left very open. And it doesn't even hint at a second book. I did not like how the book ended.

a story of conversion of mountain families with roots dating back to the time of Christ. good reader.😄

Where does The Mountain Christians: An LDS Novel rank among all the audiobooks you’ve listened to so far?

Compared to other novels I have read, it earns a 2 out of 5. It had a realistic human element and presented the inner thoughts of the main character from a believable perspective. Kate Morton's Secret Keeper would get a 5 from me because it kept me guessing up to the last paragraph. The Invention of Wings by Sue Monk Kidd would also earn a 5 created such a visual picture for me, kept me interested and addressed the slavery problem.

What other book might you compare The Mountain Christians: An LDS Novel to and why?

I might compare this to The Work and the Glory

Who would you have cast as narrator instead of Rebecca Vail?

The best narrator I've heard was in Sue Monk Kidd's "The Invention of Wings", narrated by Jena Lamia, Adepero Oduye, Sue Monk Kidd. Not certain who was the primary narrator, but man, she was good!

If you could rename The Mountain Christians: An LDS Novel, what would you call it?

I liked the title. It fit well.

I would read the sequel.