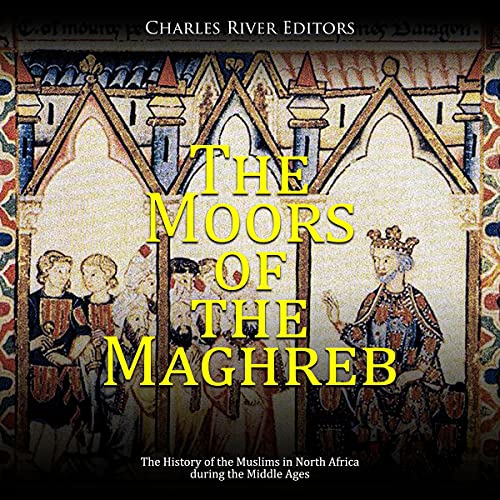 The Moors of the Maghreb

The term Moor is a historical rather than an ethnic name. It is an invention of European Christians for the Islamic inhabitants of Maghreb (North Africa), Andalusia (Spain), Sicily and Malta, and was sometimes use to designate all Muslims. It is derived from Mauri, the Latin name for the Berbers who lived in the Roman province of Mauretania, which ranged across modern Algeria and Morocco. Saracen was another European term used to designate Muslims, though it usually referred to the Arabic peoples of the Middle East and derives from an ancient name for the Arabs, Sarakenoi. The Muslims of those regions no more refer to themselves by that term than those of North Africa call themselves Moors. Maghreb, or al-Maghreb, is a historical term used by Arabic Muslims for the territory of coastal North Africa from Alexandria to the Atlantic Coast. It means “The West” and is used in opposition to Mashrek, “The East,” used to refer to the lands of Islam in the Middle East and north-eastern Africa. The Berbers refer to the region in their own language as Tamazgha. In a limited, precise sense it can also refer to the Kingdom of Morocco, the proper name of which is al-Mamlakah al-Maghribiyyah, “Kingdom of the West.”

Ethnically the people of North Africa are mostly of mixed Arab-Berber descent, and the Berbers are a proud and noble group of peoples dating from ancient times. The term Berber is again a foreign designation, coming from the Greek barbaroi, meaning stranger. By implication, as far as the Greeks and Romans were concerned, the word indicated the people were uncivilized. From this comes the archaic English name Barbary, used to designate the north coast of Africa and still used in “Barbary ape” and the breed of horse known as the Barb. The Berbers call themselves Imazighen, though in truth they are a grouping of different tribes rather than a strictly homogenous group. There are at least 12 linguistic families spoken in Morocco, Algeria, Libya, Tunisia, parts of Mali, Burkina Faso and Mauritania. The last, a large republic on the north-western African coast, shares the same name as the ancient Roman province, though they are unconnected: its former French rulers gave it the name.

In ancient times the Berbers established powerful and important kingdoms in Northern Africa and the kingdoms of Syphax and Gala ruled Numidia - now part of Algeria - until conquered by Carthage. After the fall of Carthage, the Berber kingdom of Mauritania - not to be confused with the country created by the French - dominated Northwestern Africa before itself succumbing to the Romans in the first century BCE. Christian Europe has generally given the Berbers a reputation as a wild and barbarous people, whereas in fact they have had a long, sophisticated, and cultured history, and under Roman rule, they made great contributions to civilization. Augustine, Bishop of Hippo Regius in Numidia, was a Berber and one of the greatest philosophers and theologians not only of his own time, but of all time. The theologian Tertullian also hailed from North Africa, and the Berbers produced three popes: Victor I, Miltiades and Gelasius I. Arius, the priest who denied the divinity of Christ and gave his name to a form of Christianity that rivalled Catholicism for more than 400 years, called North Africa home.

In the fifth century, the Northwest African Coast was conquered by the Vandals, a Germanic tribe originating in Eastern Europe, but they in turn succumbed to the Byzantine Empire in the sixth century. The whole of the African coast from the Sinai Peninsula to the Straits of Gibraltar remained under Byzantine rule until the seventth century, when a major geopolitical change elevated the Berbers once again.

What listeners say about The Moors of the Maghreb