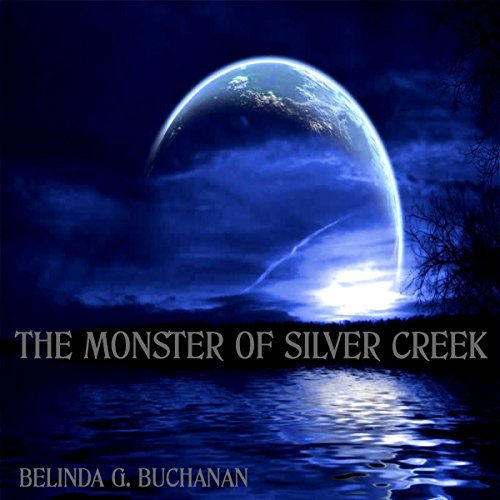 This small town in Prairie County, Montana has been rocked to its very core with the brutal murders of four women. A serial killer, whose calling card is as unusual as it is twisted, is on the loose - and Police Chief Nathan Sommers is bent on stopping him at all costs. Every road however, leads to a dead end.

Nathan is battling his own demons as he tries to cope with the death of his wife. He feels her dying was a direct result of his actions and is consumed with guilt. His life becomes even more complicated when he meets Katie, the pretty new owner of the bakery. Nathan slowly builds a relationship with her, but still struggles with Jenny's death.

As he draws nearer to the killer, everything in his life suddenly comes undone. He is forced to deal with his feelings for Katie as well as his love for his dead wife.

What listeners say about The Monster of Silver Creek

OMG!!! WTH??? Are you FREAKING kidding me?? Why the hell would you do that crap? I can’t freaking believe it!!! Never, never, never again will a read anything by this author!!

SHE KILLED THE HERO OFF? THE CHIEF! THE LOVE INTEREST! WHATEVER YOU WANT TO CALL HIM. At any rate he's DEAD!

We even got to go to his funeral, watch Katie and Cheryl and Jack and Hoskins and Manning cry! He and Katie loved each other for chrissakes! WTH?

I have NEVER been so disappointed in a book!

As to the narration: Awful!! Besides the hero getting killed that is, J. Bruce did nothing but read the book, no feelings, no emotions, no nothing. He never whispered or yelled or laughed or changed his tone at all. And males and females all sounded just alike. I couldn’t listen to him again. When Katie sounded exactly like Nathan the narrator should give up being a narrator or try harder. AND if you can’t read with any emotions whatsoever then something’s wrong. Horrible book and horrible narration!

Well developed characters in an interesting setting. A very entertaining read...give it a try.

Wow. Great story with a great plot line. I really enjoyed the cast of characters. They were described well and you really got a sense of knowing them. Actually looked forward to my commute so I could listen!Couldn't wait to see if I had the killer pegged correctly!

This is an interesting story and it was a quick audiobook. It did take me a little bit time to get into as the beginning was a bit rough. Katie and Nathan could have met in a better time and place Some of the part could be better. But once I got past that I did find myself enjoying the story.

The Monster of Silver Creek review

Yes, because it's interesting, suspense, and worth the time.

The first character to be introduced, Nathan.

Which character – as performed by J. Bruce – was your favorite?

I really liked this.

The narration was fine the story was weak. It never really caught my attention. The story focused more on the relationships than the "murders" yet both were too weak to really carry through.