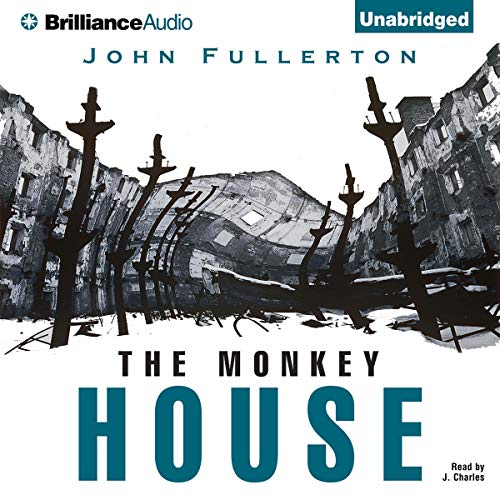 Branston Flett is a famous American journalist who comes to wartime Sarajevo with the intent of covering the ethnic conflict. But what he discovers is the netherworld of a city gone mad.

Sarajevo is a city besieged by the atrocities of war. Stadium walls that once shook with the roar of Olympic crowds have since collapsed under the screams of artillery. Police Superintendent Rosso and the ragtag remains of his Sarajevo police force, however, remain dedicated to preserving what is left of the city's civil order.

In their Sisyphean quest to uphold the law, one of their key informants is mysteriously murdered in a narcotics-infected Serb apartment complex called the "Monkey House". If the homicide is proven to be the work of Sarajevo's notorious crime boss, Luka, solving the case could break the black marketeer's grip on the city. But bringing Luka to justice could also drastically change the course of this relentless war and quite possibly lead to the fall of Sarajevo.

For Rosso, a Croat whose Serbian wife is losing a battle with alcoholism and whose Moslem goddaughter may be having an affair with Luka, this case has become a life mission, not only to defeat a formidable enemy and to save his family and city, but also to redeem his own dark and bloody legacy.

In The Monkey House, the stakes are high for solving a wartime murder, and a young, cocky American journalist named Branson Flett is there to report it all.

"A powerful, timely first novel." (Publishers Weekly)
"A first-rate debut thriller, with harrowing detail showing the limits of a memorable man and his ruined city." (Kirkus Reviews)
"Fullerton, a Reuters reporter, steers clear of trying to explain the Bosnian conflict. Instead, he brings it to life through the hardships and dangers his characters accept as daily routine." (Publishers Weekly)