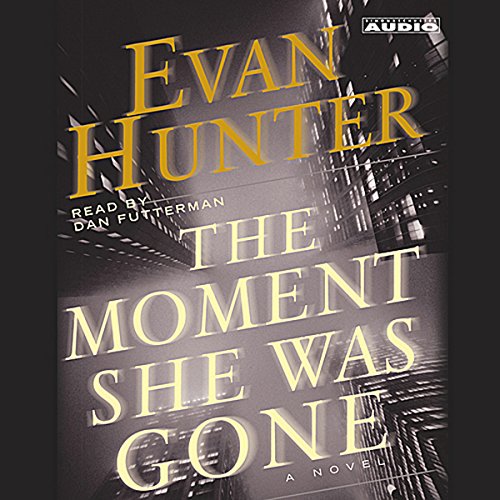 The Moment She Was Gone

By: Evan Hunter
Narrated by: Dan Futterman
Try for $0.00

It's two o'clock in the morning when Andrew Gulliver gets a phone call from his mother, who tells him his twin sister, Annie, is gone. This is not the first time. Ever since she was 16, she's been taking off without notice to places as far distant as Papua, New Guinea, then returning unexpectedly, only to disappear yet another time, again and again and again.

But this time is different.

Last month, Annie got into serious trouble in Sicily and was briefly held in a mental hospital, where an Italian doctor diagnosed her as schizophrenic. Andrew's divorced mother refuses to accept this diagnosis. Andrew himself just isn't sure. But during the course of a desperate 12 hours in New York City, he and the Gulliver family piece together the past and cope with the present in a journey of revelation and self-discovery. Recognizing the truth at last, Andrew can only hope to find his beloved sister before she harms herself or someone else.

The Moment She Was Gone, a shattering novel of a family confronting its collective secrets, marks the high point in a writing career spanning almost five decades.

"Typically well-crafted work by the author of such classics as The Blackboard Jungle, and his fans will want it." (Library Journal)
"Dan Futterman's narration of the family presents all their emotions - disbelief, denial, outrage, and sadness - as they face the reality of Annie's illness." (AudioFile)

What listeners say about The Moment She Was Gone