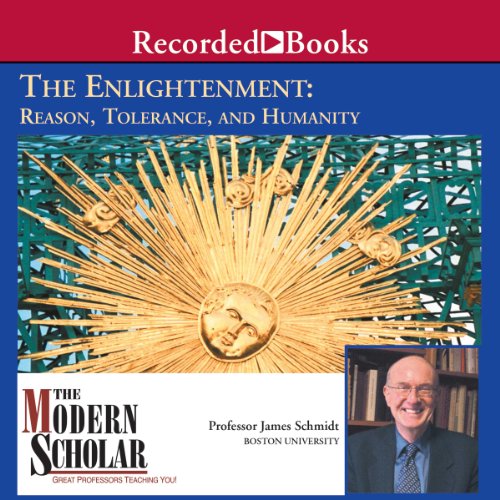 The Enlightenment stands at the threshold of the modern age. It elevated the natural sciences to the preeminent position they enjoy in modern culture. It inaugurated a skepticism toward tradition and authority that decisively shaped modern attitudes in religion, morality, and politics. And it gave birth to a vision of history that saw man, through the unfettered use of his own reason, at last escaping that state of "immaturity" to which superstition, prejudice, and dogma had condemned him. The world in which we live is, for better or worse, in large part the result of the Enlightenment.

This course will explore this remarkable period. It will discuss the work of such influential thinkers as Voltaire, John Locke, Denis Diderot, Adam Smith, Immanuel Kant, and Benjamin Franklin. It will also spend some time with less well-known, but no less influential, figures such as Joseph Priestly - a clergyman, scientist, and philosopher who was one of the most passionate defenders of the American Revolution in England - and the remarkable John Toland, a man whose writings on religion changed the way many Europeans thought about the Scriptures

Nicely read, well thought out. Connects the dots on many points in history. An important series of lectures.