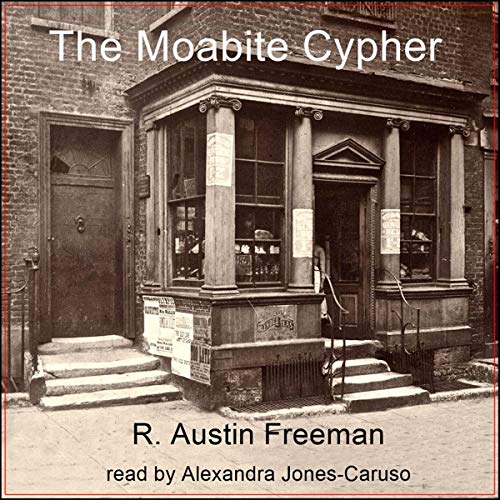 Coming to the aid of a man kicked by a rearing police horse, R. Austin Freeman's famous forsensic investigator, Dr. John Thorndyke, stumbles upon an anarchist plot to assassinate a visiting Russian grand duke. The key appears to be a cryptogram written in ancient Moabite found on the man's body.

Richard Austin Freeman (April 11, 1862 - September 28, 1943) was a British writer of detective stories, mostly featuring the medical-legal forensic investigator Dr. Thorndyke. He claimed to have invented the inverted detective story (a crime fiction in which the commission of the crime is described at the beginning, usually including the identity of the perpetrator, with the story then describing the detective's attempt to solve the mystery). Freeman used some of his early experiences as a colonial surgeon in his novels.

A TV personality-turned-voiceover artist based out of Sydney, Australia, Alexandra Jones-Caruso, has voiced dozens of industrial commercials, radio spots, and audiobooks. She enjoys surfing, hiking with her Terrier, Shyla, and writing poetry.