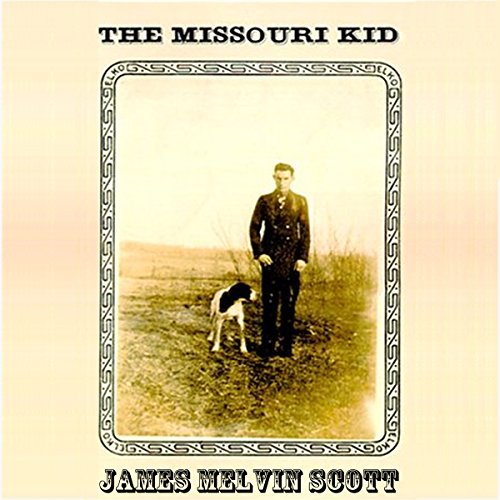 James Melvin Scott's The Missouri Kid chronicles the life of a boy growing up in the Missouri Ozarks during the early 1900s. It's a poignant coming-of-age story during a time long gone. While his parents, who were farmers, didn't have much - very few families did back then - they provided their children with a rich childhood in an environment surrounded by nature. Scott grew up hunting and fishing in the Ozark Hills, in Missouri's great rivers and magnificent streams.

Scott's story takes you through his early years, through his youth, when he played high school basketball and was a cowboy in the rodeo, and into adulthood when he taught in a one-room classroom, to when he eventually left Missouri, crossed the Grand Canyon rim-to-rim with a friend as he headed out West, to California, to pursue the American dream.

What listeners say about The Missouri Kid

I really enjoyed the book because my dad's family is from the area. I would have preferred to read it but it was available to me free on Audible.