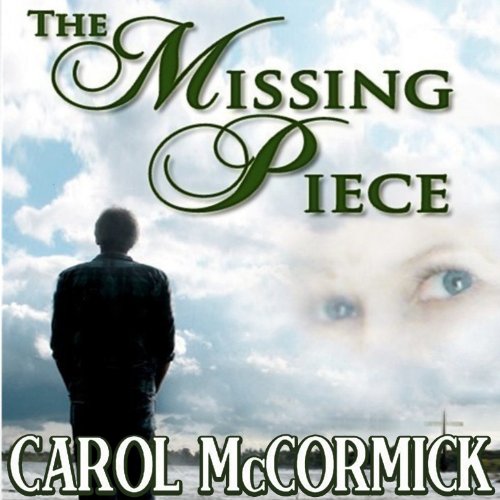 By: Carol McCormick
Narrated by: Jay Mawhinney
Try for $0.00

How does a man pick up the pieces when his world crashes around him? Misplaced priorities shattered his marriage. Problems almost crushed him. Love motivated him to mend the damage, once he found all the pieces. After only a few months of marriage, Lorraine left Dylan on a wintry night after he'd spent one too many nights out with the guys. Unable to cope with the loss, Dylan escapes the painful feelings by drinking them away. This decision costs him a year-and-a-half of his life after he stops in a little mountain town and ends up in the local jail. When he's released, he returns home in search of a job to get his life...and his wife back.

What listeners say about The Missing Piece

Where does The Missing Piece rank among all the audiobooks you’ve listened to so far?

It ranks among the top audiobooks that I have read.

The wonderful trip of overcoming odds and adversity for the true love of the woman Dylan adored was very inspiring and turning to faith to help was great.

What does Jay Mawhinney bring to the story that you wouldn’t experience if you just read the book?

Would you listen to The Missing Piece again? Why?

No. The story was good, Got a little to out there in terms of real romance. A bit too fantasized. I did not enjoy the narrator. Had trouble with his adding "a" after some sentences. sounded trite. The narrator's voice inflections were irritating.

What aspect of Jay Mawhinney’s performance would you have changed?

Finishinig a sentence with "a". voice changes to reflect characters and gender.

I didn't continue listening. I don't like stories about preachers. When this one started talking about him meeting a preacher I had to stop listening. The narrator used "Um" and "a" in the narration that I'm sure were not in the print. It makes the author sound like she doesn't know how to use the English language.