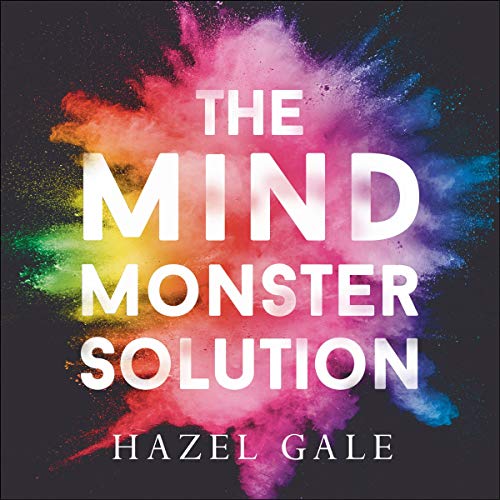 On a cold December afternoon in 2013, Hazel Gale was declared the English ABA Boxing Champion. On paper, this wasn't her greatest success in sport, nor was it even her best-fought bout. But as her hand was raised that day, Hazel felt a surge of alien emotion. She wasn't sure whether it was happiness, pride or just a good old-fashioned sense of achievement. But it was new. Looking back, she can tell you that what she'd felt upon winning up until that day had been shame. This time, she owned the triumph.

Competing in the sports of kickboxing and boxing for almost a decade, Hazel battled with the monsters of her mind on a daily basis - anxiety, depression, eating disorders and, eventually, burnout. Fight takes you on her journey from a life of fearful self-destruction to that moment when she finally felt deserving of success.

With self-awareness comes immense power. It was cognitive hypnotherapy that helped Hazel uncover both the root of her problem and the key to her recovery. Ultimately, it was her monster that showed her the way back into the ring and to a state of emotional and physical balance. Feeling compelled to share these profound benefits, she qualified as a therapist and is now one of the most sought-after practitioners in the country.

Fight is like a one-to-one session with Hazel. Through vulnerable storytelling, digestible theory and therapeutic processes, this audiobook will teach you how to alchemise your moments of self-sabotage.

It's time to emerge victorious from your own battles, whatever they may be.

What listeners say about The Mind Monster Solution

One of the best books I have read on how to understand the self and get grát tools to improve your wellbeing and life.

Fight is a very easy book to read, also because Hazel is very open about her own struggles. She give very practical advice on things everyone has to deal with but is still afraid to talk about. Her openness is admirable and in combination with her insights on how to help others I found this book one of the most useful (self-help) books I have read so far (and I have read a lot of them). Strongly recommend and great respect for the author and her mission.

An absolute joy to read, couldn't put it down. A self improvement triumph and highly, highly recommended.

The most complete book I have ever listened to. The book is very logical, simple and meaningful. It guides you through the programme step by step with no nonsense. The exercises are just brilliant. It is as if Hazel is there with you preparing you for each of the exercises, then guiding you through each. All done genuinely.
This book has no esoteric "woo-woo" ideas. It is just straight to the point. And I am very thankful for it.
Well done Hazel Gale.

I have read or tried reading a number of self help books. Many are clichéd, have little depth or so full of jargon to be of little help. This however, is a book containing lots of useful information and techniques, many aha! I can see me in that moments. Highly recommended!

Honest and powerful and brave

I loved the book and it’s so well read by Hazel. It’s a very honest account of admitting her shame and never feeling good enough. She used overtraining in boxing and kickboxing becoming champions in both many times over but pushed herself to breaking point. It was all a mask to cover her pain. It’s rare to open up and wake up to this. She is so compassionate and honest and it’s poured on to the pages of this book

Powerful example for all of us

Hazel tells her story in a way that we can all learn from her. In this book I’ve learned powerful tools that I can use to look at my life more in depth and check for limiting beliefs that are stoping me from getting what I want . The content is explained very well, easy to understand. I’ve bought books in the past and the voice was putting me off, but Hazel’s voice is soo good, Is almost like a song. I strongly recommend this book, I box as well and I can relate to most things that she explains. It also made more understanding towards others as she explains that all behaviour has a purpose, it meets a need in everybody, even tho they do silly stuff. I would press ADD TO CART if I was you :)) strongly recommend it.

An inspiring read for positive change

I would recommend this book to anyone who feels held back in life.

What does Hazel Gale bring to the story that you wouldn’t experience if you had only read the book?

Hazel's use of examples in her own life make the book easy to understand, relatable and most of all inspiring. Unlike other self help books, Hazel acknowledges the time and practice it takes to make change but is (along with so many of her clients) an example of how it can be done and how great it can be to live authentically.The book is filled with practical ways for us to fight our monsters, rather than just focussing on the theory alone which is incredibly empowering.

I had finished (almost) the whole book on the day it came out.

This book is filled with humour, inspiring imagery and vulnerability. A fantastic read and I would recommend it to anyone who wants make positive changes in their life.

Much better than most self help books

This is much better than most other self help books. There’s a lot of practical content that can be applied. The accompanying pdf is also a valuable resource. Some of the techniques are based on nlp which I’ve never found that helpful but there are several others. I can’t say yet whether the exercises in the book are helpful as they will need time to work through. I also feel some of them would really need the support of a therapist. A minor quibble with the book is that I thought it could have been shortened by 1-2 hours.

One of the best books I've listened to in this genre. Detailed and practical. Recommended.

I can’t rate this book highly enough. For anyone needing to gain insight why their behaviour and results may be at odds with their intentions, this book is for you. Clear and methodical dialogue throughout. I have grown so much from what I’ve learned in this book. My greatest sadness is that I didn’t have access to this book when I began my career 30 years ago. Thank you Hazel Gale for helping me understand me.