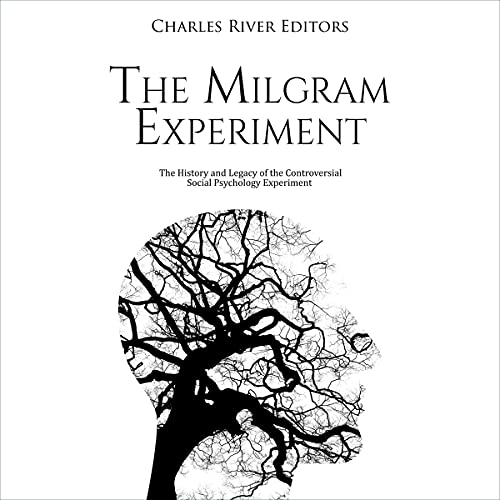 "Could it be that Eichmann and his million accomplices in the Holocaust were just following orders? Could we call them all accomplices?" (Stanley Milgram)

The human psyche is one of the most complex, unpredictable, enigmatic, and therefore riveting phenomena in existence, one that psychologists have been working on deciphering since the dawn of modern science. To better understand the multifaceted intricacies of human behavior, and to unlock the secrets of the conscious mind and the subconscious, ambitious professionals in the field have conducted numerous groundbreaking - and at times, problematic - psychological experiments. The practice originated with German philosopher Wilhelm Wundt, one of the fathers of modern psychology and the creator of the world's first experimental psychology laboratory at the University of Leipzig. He sought to measure the average speed of thought processes by assigning a range of reaction time tasks to his subjects.

As the nascent, yet fast-developing scientific discipline took hold around the globe, psychological experiments simultaneously diversified. As revolutionary and eye-opening as many of these experiments were, they often danced on the fine line between ethical and unethical. There was, for instance, the now-infamous Little Albert Experiment, conducted at Johns Hopkins University in 1920, in which a nine-month-old infant was deliberately manipulated into developing an irrational fear for the purpose of studying classical conditioning, and the correlation between adult fears and childhood traumas. The Monster Study, carried out at the University of Iowa in 1939, attempted to convert orphans into stutterers, half of whom were subjected to positive reinforcements and the others to negative ones. Then, there was arguably the most notorious psychological experiment in history: the 1971 Stanford Prison Experiment, in which participants were randomly assigned the character of either prisoner or prison guard. That role-playing study quickly spiraled out of control.

Among the psychology experiments, one of the most famous was based on studies into society’s willingness to conform to orders. In the wake of World War II and the Nuremberg Trials, where various Nazis defended their actions by insisting they were simply following orders, various psychologists began to study just how far people were willing to go to listen to authority, even when the authority’s orders were morally dubious. Stanley Milgram oversaw a series of studies in which participants from all kinds of backgrounds were led to believe that they were administering shocks to strangers, and despite the fact that the orders became more severe, the participants continued to administer the shocks, even at levels that could have been deadly. While the study was influenced in part by the Holocaust and people responded to the results with analogies to that genocide, one of the participants himself wrote to Milgram, “While I was a subject in 1964, though I believed that I was hurting someone, I was totally unaware of why I was doing so. Few people ever realize when they are acting according to their own beliefs and when they are meekly submitting to authority.”

The Milgram Experiment: The History and Legacy of the Controversial Social Psychology Experiment looks at the origins of the study, how it was conducted, and the effects that the results had on science and psychology.

What listeners say about The Milgram Experiment