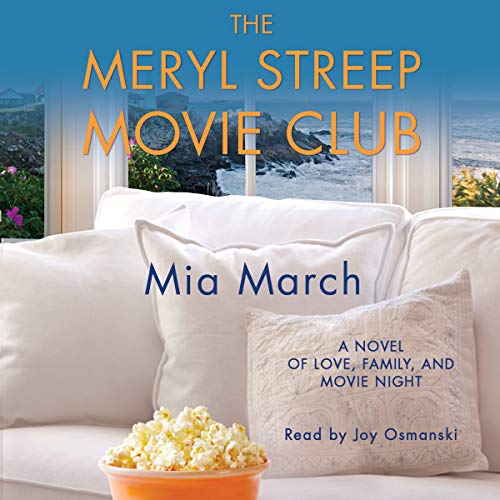 In the best-selling tradition of The Friday Night Knitting Club and The Jane Austen Book Club, three women find unexpected answers, happiness, and one another, with Meryl Streep movies as their inspiration.

Two sisters and the cousin they grew up with after a tragedy are summoned home to their family matriarch's inn on the coast of Maine for a shocking announcement. Suddenly, Isabel, June, and Kat are sharing the attic bedroom - and barely speaking. But when innkeeper Lolly asks them to join her and the guests in the parlor for weekly Movie Night - it's Meryl Streep month - they find themselves sharing secrets, talking long into the night...and questioning everything they thought they knew about life, love, and one another.

Each woman sees her complicated life reflected through the magic of cinema: Isabel's husband is having an affair, and an old pact may keep her from what she wants most...June has promised her seven-year-old son that she will somehow find his father, who he's never known...and Kat is ambivalent about accepting her lifelong best friend's marriage proposal. Through everything, Lolly has always been there for them, and now Isabel, June, Kat - and Meryl - must be there for her. Finding themselves. Finding each other. Finding a happy ending.

"March’s debut is a treat for movie lovers and fans of meaningful women’s fiction. The main characters have their flaws, but are easy to relate to, and one can’t help but root for their success in life and love." (Romantic Times Book Reviews)

"Consume with a bowl of popcorn and plenty of hankies." (Publishers Weekly)

not for meryl fans

Would you try another book from Mia March and/or Joy Osmanski?

Don't let the very market-savvy title fool you; this is a run of the mill chick lit that manges to mention some movie titles in passing but in no way takes advantage of what could have been a clever plot device...

Meryl will NOT. Be playing the lead!

what a wonderful tear jerker any movie lover will

you'll cry, almost guaranteed, but it will be a good cry. if you live movies and appreciate Meryl, you'll love how this book brings her movies full circle.

It was a very enjoyable read that gives you hope and motivation to improve your life, not just settle.

What was one of the most memorable moments of The Meryl Streep Movie Club?

Did Joy Osmanski do a good job differentiating all the characters? How?

Yes. They all had their own very different personality traits, but you could still see they were linked.

If you could take any character from The Meryl Streep Movie Club out to dinner, who would it be and why?

Pleasant voice. Sorry I only came up with two.

Was The Meryl Streep Movie Club worth the listening time?

Guess it must have been as I finished the book. Some incentive was that I listened during a ride south and it is this months selection for my book club.