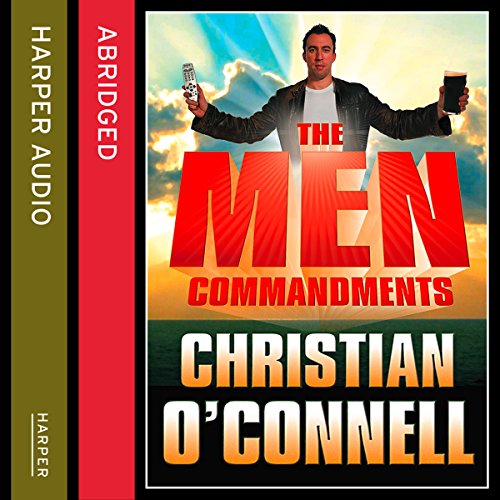 In the best-selling tradition of Clarkson and Moyles, this is TV and Radio personality Christian O'Connell's take on all things men.

For ten years Christian has dispensed his wisdom and advice to millions of lucky radio listeners on every topic conceivable. It was when he saw his wife reading and laughing at a book called How to Kill Your Husband that he realised he had to write this book.

In his sage opinion, men need to be saved from themselves. Women need to understand men better and stop hating them, and men need to make sense of why they are the way they are.

This book reveals some hard but hilarious truths about the male race. Who do men actually look to for inspiration? The Hoff? Simon Cowell? James Blunt? Why do men behave in that odd way at barbecues? Why can a man have his heart broken a thousand times by his football team and yet still forgive them more than he would a woman?

With his outspoken humour and his ironic take on life, Christian explores male-dom, celebrating all that is great about being a man and unravelling the mysteries of masculinity that have stumped women for centuries.

What listeners say about The Men Commandments

heard it all before

Would you be willing to try another one of Christian O'Connell’s performances?

very disappointed especially after reading all the positive reviews.if you have an ounce of sophistication you'll find this very tired and dull.

Don't bother, its all cliches.

Complete drivel.
I didn't need to know, that some people might take offense if you look at them whilst using a urinal in a public toilet.
Then there is the cliche of the man in charge of the barbeque.
The most important thing to me is not that I have my own chair in the living room.
Naturally he also listed who would be in his ideal football team...

You don't need this guy to tell you what is important in your life.
Paul