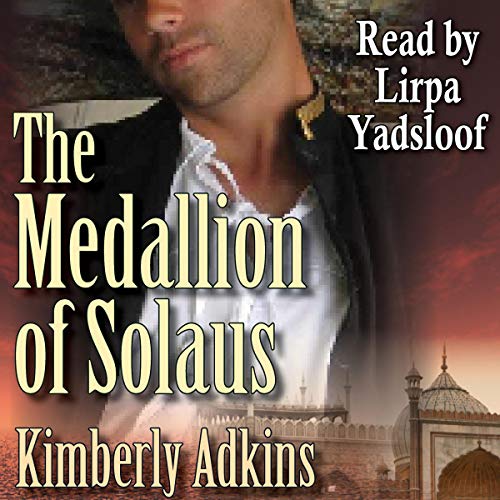 By: Kimberly Adkins
Narrated by: Lirpa Yadsloof
Try for $0.00

A passion to outlast the centuries.

Solaus had but one wish of the medallion: to save his dying bride. But when he placed the pendant around his neck, his wish was changed by a malevolent twist of magic that made him Djinn, but also took away the knowledge of what he is and who he used to be. Flung from Ancient Persia into immortality, Solaus has only the memory that he did not save his true love - and nothing more as time begins to pass.

Eager for a fresh start, New York City photographer, Kaitlin Sommers accepts a rare assignment on a deserted island fortress off the coast of Alexandria, Egypt. Surrounded by the shadowy underworld of illegal treasure smuggling, Kaitlin finds herself in the arms of man who seems to spring directly from dreams of her past - a man Fate threatens to tear her away from a second time.

What listeners say about The Medallion of Solaus