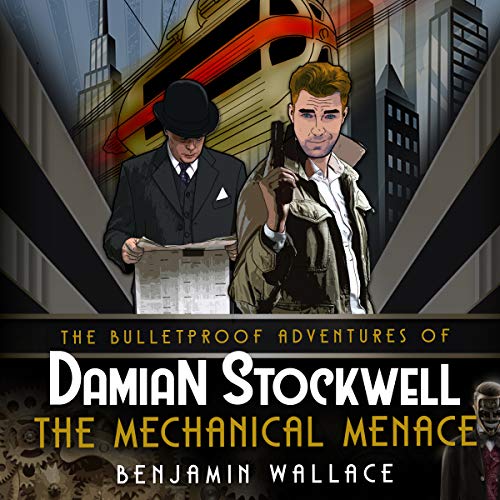 By: Benjamin Wallace
Narrated by: Eric Bryan Moore
Try for $0.00

Raised from birth to be a force for justice, Damian Stockwell has forever trained to combat the evils of the world. Blessed with the physique of a demigod and one of the world’s foremost minds, he travels the globe on a quest to confront evil and punch it in the face. At his disposal is a vast fortune, an endless array of gadgets, and loyal friends. Now, on the eve of the future, Damian’s own creation has run amok causing terror at the 1933 World’s Fair.

Sinister forces are at work, and Stockwell soon finds himself pitted against evil robots as he and his loyal valet, Bertrand, races against time to stop the Mechanical Menace.

What listeners say about The Mechanical Menace

I can only hope the author comes or releases more to this series. Damian Stockwell is a combination of The Pink Panther and Sherlock Holmes with a little Captain America thrown in the mix. And Bertrand...God love him!!! Stockwell could try the Pope's patience. Yes, Bertrand is quite the bad arse as well. The Narrator....FLAWLESS!!!!

Great series...doing everything i wanted it to. Helped me kill some time. If you like this sort of thing go for it.